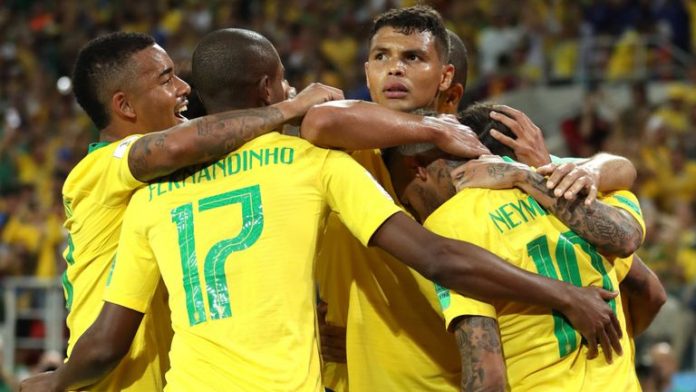 It is still tight at the top of the Sportslens Predictor competition, with just a few points separating the leading contenders.

The knockout stage gets underway this weekend and we are still firmly in the mix at #4 in the standings – where are you?

There are some mouth-watering last 16 ties to look forward to, with France vs Argentina and Uruguay vs Portugal kicking things off on Saturday.

Spain vs Russia and Croatia vs Denmark follow on Sunday, with Brazil vs Mexico and Belgium vs Japan clashing on Monday.

Sweden vs Switzerland is the early game on Tuesday, while Colombia vs England completes the first knockout round later that day.

Brazil are favourites to win the World Cup, with Spain close behind in the betting.

Neither France or Argentina were impressive during the group stage, but Didier Deschamps’ side look stronger defensively and can end Lionel Messi’s hopes of winning his first World Cup.

This could be a cagey affair and it wouldn’t be a surprise to see the game go to penalties. Cristiano Ronaldo winner anyone?

Spain have yet to fully hit the heights they are capable of, but they should prove too strong for the hosts.

Croatia were impressive in the group stage, winning all three games. Denmark are tough to break down, but it’s impossible to look past Croatia in this one.

Brazil have looked good in patches and can see off a Mexico side whose tournament high probably came in their Group F victory over Germany.

Belgium rested most of their stars in their 1-0 victory over England, but they will return for Monday’s game and that should spell the end for Japan at the tournament.

Sweden did well to recover from their unfortunate defeat against Germany to finish top of Group F and they can edge what will probably be a tight encounter against Switzerland.

England’s defeat against Belgium handed them what looks an easier route to the semi-finals and they can take their first step to the last four by beating Colombia.

Enjoy the last 16 of the World Cup and get those predictions in!