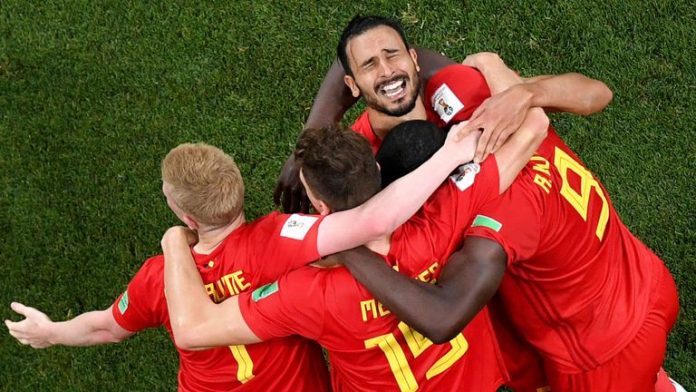 The eight remaining teams in the World Cup have been busy putting the finishing touches to their preparations for their upcoming quarter-final ties.

Brazil remain favourites to win the tournament, but the other seven teams all believe they can lift football’s most prestigious trophy this summer.

The first two quarter-finals take place on Friday, with both games pitting a European side against South American opposition.

Belgium face Brazil on Friday aiming to upset the odds and reach the semi-finals for only the second time.

Belgium have lost three of their last four World Cup meetings against South American opposition, but manager Roberto Martinez believes his talented side can progress to the last four.

“The two sides are very similar in terms of qualities,” he said. “The difference is we haven’t won a World Cup – simple as that.

“When you go into a tournament if you don’t have that know-how of winning one you can’t have an advantage on the opponent.

“We shouldn’t play Brazil, we shouldn’t be in awe of the opportunity we have. We need to enjoy our game, be ourselves. When we do that our talent shows.

“There is something special in this squad, no doubt about it. The signs are positive and of a real desire to be on the football pitch.

“We can’t wait. I feel we are as ready as we can be. Over the last two years we have been working towards this moment.”

Mbappe backed to cope with pressure

France manager Didier Deschamps insists Kylian Mbappe will not let the attention he is receiving go to his head.

The 19-year-old scored twice in France’s 4-3 victory over Argentina to set up a last eight showdown with Uruguay.

“What he did against Argentina was very good,” he said. “It put a spotlight on him obviously, and to play like that in such an important match made a name for him.

“He’s had time to digest this and I think he’s recovered just like the rest of the team. We’ve all had a few days to recover. On Sunday and Monday we savoured the victory, and from Tuesday we started focusing again. This is how top-level sport is.

“But we must not now relax and think that everything is easy, that life is beautiful and that less effort is needed. But Kylian is smart, he’s listening and he knows all that.”

Enlgand and Croatia are the bookies favourites to win their respective ties against Sweden and Russia on Saturday.

The double pays just over 3/1, but Sky Sports’ pundit Charlie Nicholas has tipped the Three Lions to exit the tournament on penalties this weekend.

“England have more quality, there’s absolutely no doubt about that, but I’ve not been caught up with the fluency of their play,” he said.

“It took them a long time to get going after suffering the disappointment of having to go to extra-time against Colombia, which is another issue.

“I see this going all the way again and I can actually see England having to come from behind just to get to extra-time as they’ll have heavy legs.

“I went for England to reach the quarter-finals before the tournament starts and I’m sticking to that prediction.”