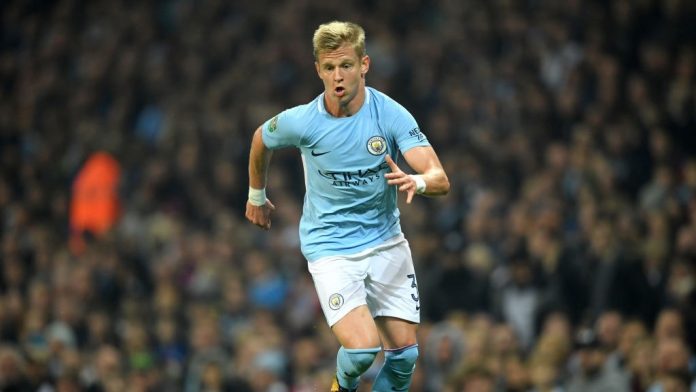 Wolves are interested in signing the Manchester City defender Oleksandr Zinchenko this summer.

The 21-year-old left wing back hasn’t had a lot of first-team action at Etihad and a move away could be the best option for him.

According to Daily Mirror, Wolves are looking to finalise the transfer now and they will pay a club record fee of around £16million for the left wing back.

Zinchenko is very highly rated in Ukraine and he has been capped 17 times by his country already. He needs to play regularly in order to fulfil his potential and that won’t be possible at City.

Wolves could certainly use an upgrade on Barry Douglas and Zinchenko could be a leading star for them in future. Also, the 21 year old can play as an attacking midfielder and his versatility will be a bonus.

The newly promoted outfit paid £15.8m for Ruben Neves last summer and the fans will be delighted to see that the club are willing to break their transfer record once again.

Wolves are hoping to establish themselves as a Premier League club and signing Zinchenko would be a superb show of ambition from them.

The young left wing back has shown his quality with City during his cameos and he managed to win the Premier League and the League cup last season with them.