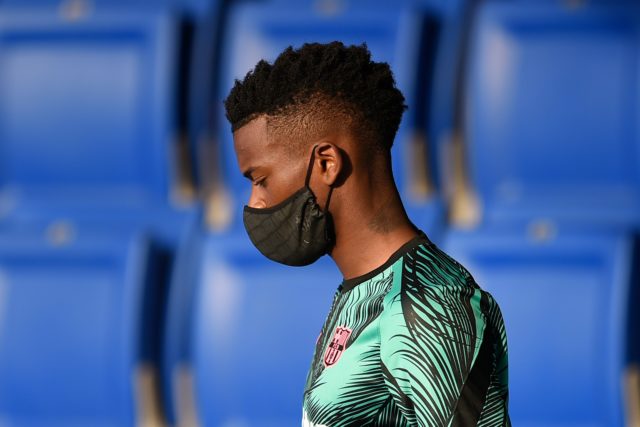 Transfer expert Fabrizio Romano has just claimed that Wolverhampton Wanderers are ‘one step away’ from signing Nelson Semedo from Barcelona.

He claims that Wolves submitted a new bid yesterday, and Barcelona are ready to accept that offer.

At the moment, Wolves are working on agreeing personal terms with the player, which shouldn’t be a big problem.

Wolves are ‘one step away’ from signing Nelson Semedo. New bid submitted yesterday and Barcelona are now ready to accept. Work in progress also on personal terms to be agreed.
On next hours Barça are gonna sell Semedo to #Wolves and Vidal to #Inter. Here we go soon! 🐺 #FCB

Barcelona are struggling with their finances, and the club need to offload some of their players to raise funds for Ronald Koeman to bring in new faces.

The Portuguese right-back joined Barcelona in 2017 from Benfica, and has managed 124 appearances for the club in all competitions.

Barcelona are reportedly looking for a fee of around €40-50 million for the 26-year-old. It seems Wolves have submitted a bid in that region.

The player’s agent Jorge Mendes has a good relationship with the Premier League club and needless to say, he has played a vital role once again in brokering the deal.

Semedo will come as a direct replacement for Matt Doherty who joined Tottenham Hotspur this summer.

Nuno Espirito Santo’s side also sold Diogo Jota to Liverpool for a reported fee of £45m.

They have signed Ki-Jana Hoever from Liverpool on a five-year deal.