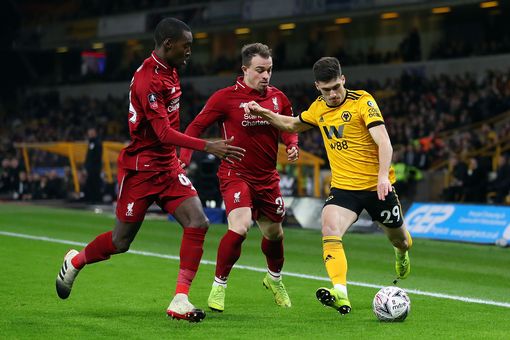 According to reports from Express and Star, Wolves are hopeful of signing exciting Liverpool starlet Rafael Camacho in the summer transfer window.

The 19-year-old forward has a year left on his contract at Anfield, and Wolves are hoping to land him this summer.

The report claims that Liverpool are willing to sell for around £10million, while the player is interested in moving to Molineux.

Camacho made his professional debut last season at this venue as Liverpool were beaten 2-1 by Wolves in the FA Cup.

He started at right-back that day for the Reds. He also came on as a late sub in a Premier League win over Crystal Palace, his two senior appearances to date.

Wolves are yet to agree to a fee for the Liverpool youngster. The club are looking to offer the teenager a long-term deal with Nuno Espirito Santo looking to build his squad with young talents.

The Portugal Under-19 international scored eight goals in 14 appearances for Liverpool’s under-23 side last season.

Some Wolves fans took to social networking site Twitter to express their reaction. Here are some of the selected tweets:

Some people are saying it’s a huge fee – but a small drop in the ocean to why Bournemouth Paid for Ibe or Solanke. Gotta trust Nuno so I think he will be a good fit.

Sounds great….. hope it goes ahead.

The fee coukd/should be based on add ons.

Tbf we usually do change to a 3-4-3 towards the end of the game. So he might play RW coming off the bench.

Don’t know anything about him tbf, but you kind of feel/hope that we have players with just as much talent in our 23s that deserve an opportunity.

Sounds right up Nuno’s street though £10m is a hefty fee for a very young talent but Nuno knows best trust him!