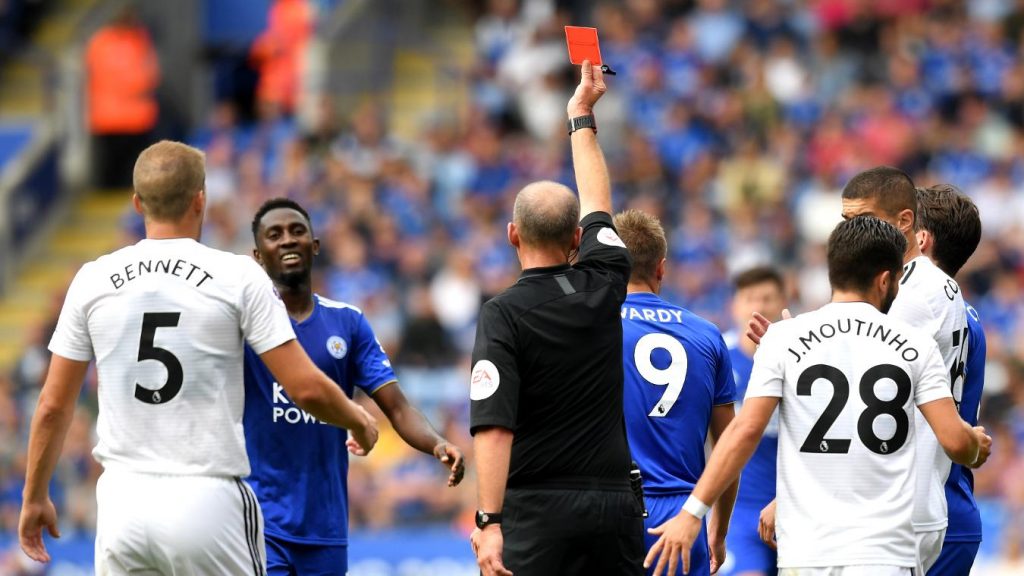 The Foxes picked up an impressive 2-0 win after the defeat at Old Trafford in the opening game.

Wolves defender Matt Doherty put the home side ahead in the first half with an own goal. James Maddison doubled Leicester’s advantage with a deflected shot past Patricio.

The visitors struggled to get back into the game despite playing with an advantage for half an hour. Jamie Vardy was sent off for the home side on the 66th minute.

Nuno Espirito Santo’s men will be disappointed with the start they have made so far. His side were held to a 2-2 draw at home to Everton last week.

Wolves have played well in both games but they have failed to finish their chances. The newly promoted outfit will be under pressure to deliver after their significant outlay during the summer transfer window.

The away fans seemed upbeat despite the result but they took to Twitter to share their concerns.

This is how the Wolves fans reacted to the defeat on Twitter.

It will click at some stage, key thing now is to give Nuno and the squad time to adjust to the Premier League. If Matt Doherty doesn’t score the own goal its a different game.

It’s all a learning curve

Bonatini a complete waste of time. Doc simply not good enough at this level.

Next week should be fun?

Unlucky boys, plenty of positives to take. Also why do we keep bringing Bonatini on, Jiminez plays way better at striker but is forced to go out wide when Bonatini comes on

Freak own goal and a deflection. Hit the bar 3 times. Better team on the day, just unlucky. It’ll come. ????

Controlled the game again for large parts but we can not concede easy fails as we are. 3 goals conceded when we have been on top. 4 goals in 2 games won’t cut it! Currently on the trAin home from Leicester