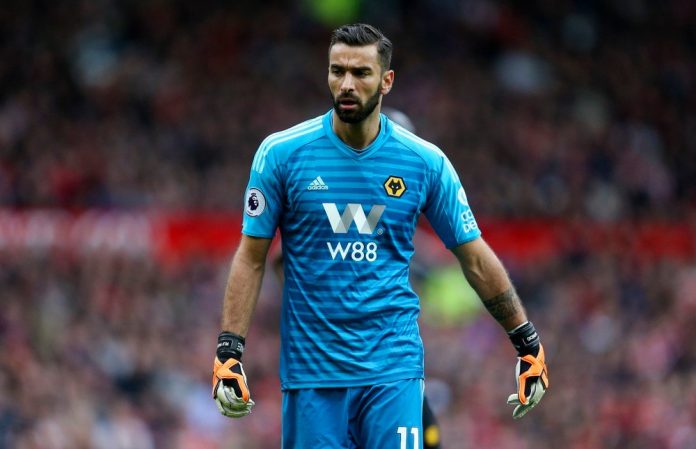 Wolves picked up a stunning 3-1 win against Tottenham in the Premier League yesterday.

The London giants took the lead through Harry Kane in the first half but they failed to hold on to their advantage.

Wolves equalised through Willy Boly and then the win was sealed by Jimenez and Costa.

The away side were patient throughout the game and they took their chances really well. Nuno will be proud of his players’ performance yesterday.

The fans were impressed with the showing as well but they were unhappy with Rui Patricio’s distribution in general.

The Portuguese shot stopper seemed wasteful and despite making some good saves in the game, his performance was criticised on social media.

Cav has been shite and Patricio couldn’t pass the parcel

Rui Patricio reminds me so much of how Matty Murray used to be. As good as any ‘keeper around when it comes to shot stopping, but all of a sudden turns into Rain Man when the ball’s at his feet! ? #rugbyunionkicker