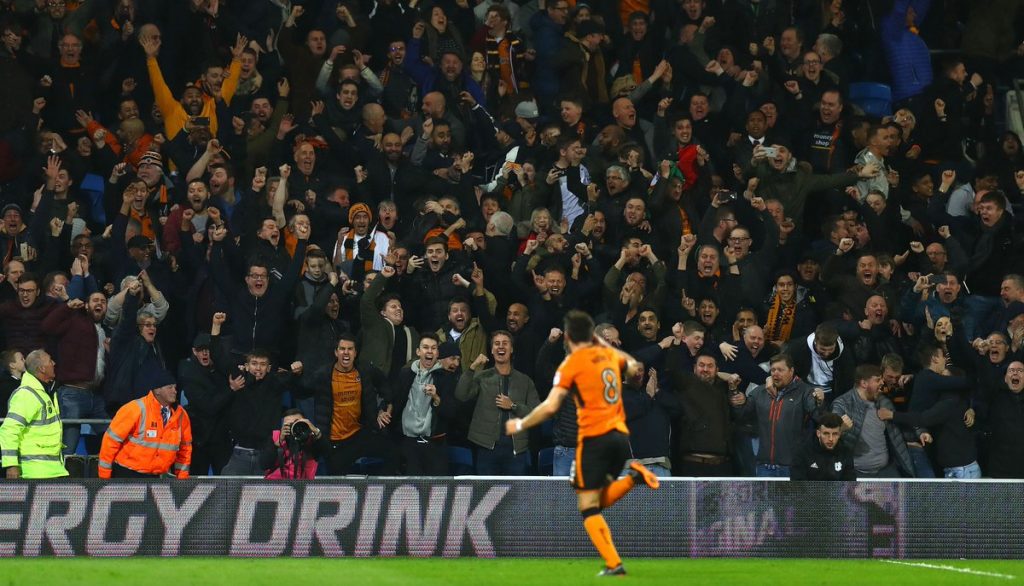 Wolves edged closer to the Premier League with a stunning win over Cardiff last night and Ruben Neves scored a fantastic free-kick to secure the three points for his side.

The Portuguese midfielder has been sensational for Nuno’s side this season and the fans seemed delighted with his season-defining goal against Cardiff.

Neves scored from 25 yards in the second half to give his side the lead. Cardiff could have won the game but they missed two injury time penalties.

Wolves need two more wins to guarantee their place in the Premier League next season now.

Meanwhile, Cardiff City will be looking over their shoulders after that defeat. Fulham are closing in on the Bluebirds and Neil Warnock’s men cannot afford to keep dropping points between now and the end of the season.

Cardiff will be hoping to secure automatic promotion to the Premier League.

Here is how the Wolverhampton Wanderers fans reacted to Ruben Neves’s stunning free-kick against Cardiff City.

Oh my word you Portugal magician

Who needs Ronaldo when we have Neves??

Not just because of Nuno but ?? wants you in the Prem. Good luck!