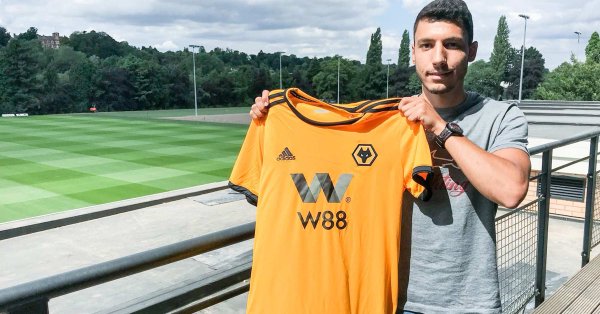 Wolves have agreed on a deal to sign the highly rated attacking midfielder Paulo Alves.

The former Liverpool midfielder was out of contract this summer and the Molineux outfit have signed him on a free transfer.

Alves has signed a two-year contract with the newly promoted outfit and the deal has been confirmed on the club’s official website.

The 20-year-old will join up with Rob Edwards’ U23 squad at Wolves.

Alves joined Liverpool back in 2015 but he failed to make an impression at Merseyside. As a result, the Reds allowed the midfielder’s contract to run down.

The Portuguese midfielder was quite highly rated when he joined the Reds three years ago but his development has stalled somewhat and he will be hoping for a fresh start at Wolves.

The midfielder has played in Premier League 2 with Liverpool and therefore he should have no problems settling in at Wolves. He will be looking to make an instant impact with the youth team and then force his way into Nuno’s first team plans in the near future.

Here is how their fans reacted to the news.

Welcome to Wolves Paulo, looking forward to seeing him in our U23s. Good luck ?.