Which Team Has the Most NFL Christmas Day Wins? 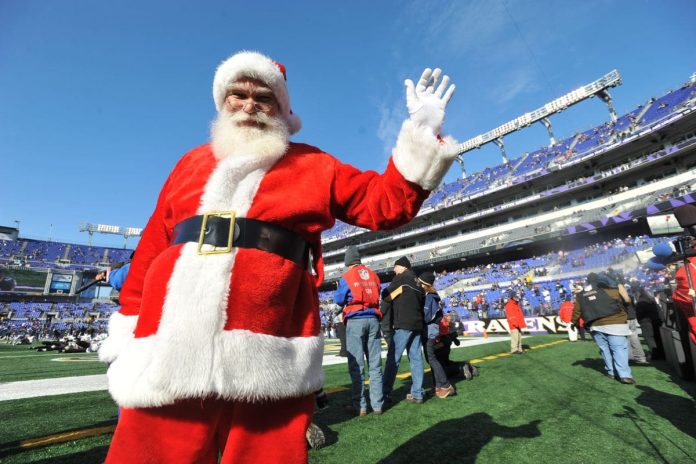 Christmas Eve and Christmas Day games in the NFL aren’t all that common, but when the schedule falls perfectly on a given season fans get to savour all the usual festivities, as well as some live football action.

With 10 match-up set to be decided on Christmas Eve, as well as a three-game slate on the day itself, this will take the total tally up to 27 Christmas Day games across NFL history.

When Was the First Christmas Day Game Played in the NFL?

We have to rewind little over 50 years to the 1971-72 season to find the first ever Christmas Day NFL fixture.

Following the merger, an opening double-header of the Divisional Playoff Round featuring the Dallas Cowboys and Minnesota Vikings as well as the Miami Dolphins against the Kansas City Chiefs, set in motion a sporadic tradition of NFL games falling on December 25th.

The latter also happens to hold the record for the longest game in the league’s history, which came with its own complications after families bemoaned the intrusion of Christmas dinners and the traditions of the religious holiday. 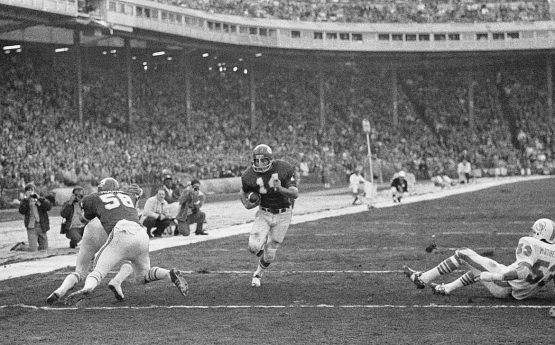 It even led to a state legislator in Kansas putting forward a bill to block the NFL from scheduling future games on Christmas Day, and as a result, no further festive games took place for the following 17 years.

It wasn’t until 1989 that the first ever regular-season game to be played on Christmas Day occurred, but the league has made considerable efforts to schedule the games for the evening or late afternoon so as not to coincide with mid-day family meals.

However, NFL schedulers have set a precedent in 1994 that, should Christmas Day fall on a Sunday, then the majority of usual games slated for that day are played 24 hours prior on Christmas Eve, as is the case this year with 10 match-ups as opposed to three on Christmas Day.

Which NFL Team Has the Most Wins on Christmas Day?

Below we have outlined which side have not only featured the most on Christmas Day, but also which franchises have yielded the most wins.

Dallas Cowboys, who featured in the first ever match back in 1971, have appeared the most times on Christmas Day with five, although they hold a negative record having only won two of those including the 1971-72 Playoff game against Minnesota.

It was another 20 or so years until the Cowboys featured again at Christmas, where they claimed their second festive win in the final game of the regular season against the Cardinals – they would go on to win the Super Bowl that year.

This was to be the final time they would be victorious on Christmas Day, losing all three of their subsequent games in 2000, 2006 and most recently in another meeting with Arizona in 2010.

Elsewhere, current Super Bowl betting frontrunners Philadelphia Eagles are one of two franchises with unbeaten Christmas Day records alongside the Pittsburgh Steelers, but no team has ever won three games with seven tied on two.
The Steelers, Miami Dolphins, Green Bay Packers and the Denver Broncos can all claim the record for the most wins when they feature on December 25th this year, so keep your eyes peeled to see if anyone can climb to the summit.