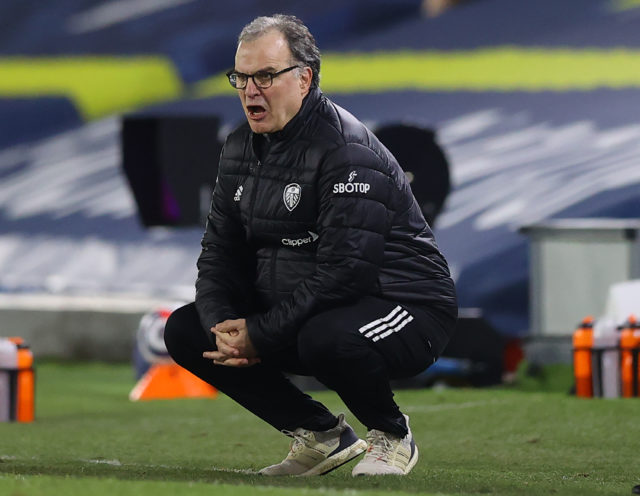 With four defeats in their last six Premier League games, it’s fair to conclude that Leeds United aren’t in the best of form at the moment.

While the form of Raphinha has been encouraging, the loss of Kalvin Phillips means there’s an imbalance in the side.

Leeds aren’t the same without him, and they need him badly with the Whites about to enter their toughest phase of the season.

Leeds find themselves 11th in the Premier League table, and they have done a remarkable job so far under Marcelo Bielsa.

A strong run from here on and European qualification isn’t completely out of the question.

However, the next seven games pose Leeds’ biggest challenge in the league, and they need to get back to winning ways.

a) West Ham United (A) – Leeds lost 2-1 at home in the corresponding fixture. With the Hammers in good form and aiming for a top-four finish, it should be a cracking contest.

b) Chelsea (H) – It’s that dreadful fixture where Leeds lost (3-1 defeat) both Robin Koch and Diego Llorente through injuries at Stamford Bridge. The Blues have regrouped themselves, fifth in the table, under Thomas Tuchel and are unbeaten in their last 10 games.

c) Fulham (A) and Sheffield United (H) – The last time Leeds met Fulham, it was a seven-goal thriller, and the Whites narrowly edged them out. The Whites also won 1-0 away at Bramall Lane in the corresponding fixture.

Both are winnable games, and Leeds should pocket maximum points here.

d) Manchester City (A) – Bielsa’s Leeds produced a 1-1 draw against City at Elland Road back in October, but can they do it again? City are on a rampage here, and Leeds will have to play out of their skin to take something away from the Etihad Stadium.

e) Liverpool (H) – Leeds play Jurgen Klopp’s side in mid-April. The Whites lost 4-3 on the opening day against Liverpool, and another entertaining game could be on the cards.

f) Manchester United (H) – The Red Devils schooled Bielsa’s side with a heavy 6-2 win at Old Trafford, but Leeds have an opportunity to level things up at Elland Road.

Based on previous encounters, Leeds should pick up seven points out of 21 in their next seven games. If that happens, they could really struggle to get into the top half of the table.

However, Leeds can play a big role in the top-four race if they can snatch points off West Ham, Manchester United and Liverpool.