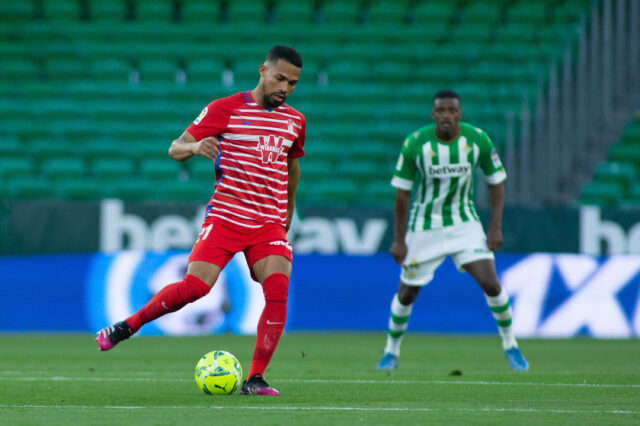 Manchester City are reportedly looking to offload some of their fringe players to raise around £100 million through transfer deals before the potential sale of any of their senior players.

Jack Harrison and Angelino have already been sold to Leeds United and RB Leipzig, while Lukas Nmecha recently completed an £11.2 million move to Wolfsburg.

Herrera is one of City’s most saleable assets from that group and is being chased by several clubs including West Ham United, Crystal Palace, Southampton and Leeds United.

The South American, who joined City from Atletico Venezuela in 2017, has spent the last two seasons on loan with Granada, where he duly impressed.

Phil Hay of The Athletic recently claimed that Leeds will be looking to sign a midfielder this summer, with the club keen to land a player who can act as a deputy for Kalvin Phillips.

The 21-capped Venezuela international has proved his quality in Spain, and he can bring grit and bite to Marcelo Bielsa’s midfield options.

Leeds have been linked with Nahitan Nandez and Okay Yokuslu in recent weeks, but Herrera would be a cracking piece of business – one that would be a transfer masterstroke if they can pull off a deal.

He is an athletic and energetic midfielder with fantastic technical abilities.

West Ham are also looking to sign a midfielder and could also move for him, so Leeds may quickly need to make a concrete effort here.

Bielsa has a good rapport with Pep Guardiola, and Leeds can use their good relationship with City to sign yet another of their promising young talents.