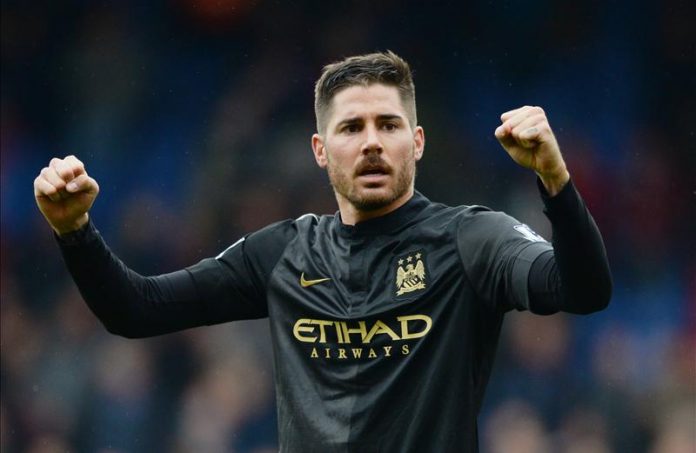 West Ham are interested in signing Javi Garcia from Real Betis in January.

According to Sun, Manuel Pellegrini is keen on a reunion with the Spaniard this month after having signed another former Manchester City player Nasri.

Garcia played for Pellegrini at Manchester City and he won the Premier League title under the Chilean as well. The West Ham boss is looking to loan the 31-year-old for the remainder of the season.

West Ham could certainly use a reliable central midfielder alongside Declan Rice and Garcia would be a wise addition.

The experienced Spaniard will add presence and composure to West Ham’s midfield. Also, he will improve them defensively by shielding the back four.

It will be interesting to see if the Hammers can pull it off. Apparently, the player is keen on a permanent deal and Pellegrini wants a loan.

Garcia hasn’t played too often for Real Betis this season and the La Liga should sanction the exit. It might come down to West Ham and the player in the end.

A move to West Ham would allow Garcia to play more often and regain his sharpness.

There is no doubt that the Spaniard would be a quality addition in the short term.