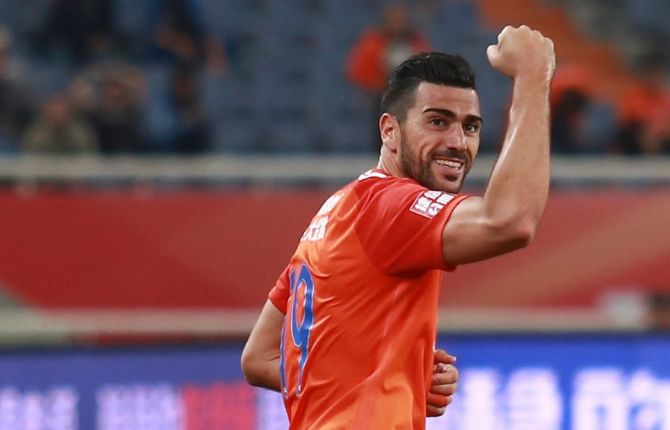 West Ham are interested in signing the Italian forward Graziano Pelle this month.

The 32-year-old plays for Chinese club Shandong Luneng and a report from Daily Mail claims that the player is keen on a return to Europe.

The report adds that West Ham have already begun talks to sign the former Saints forward.

Pelle joined the Chinese Super League back in 2016 and he is being paid £13.5m a season in China. It seems that the player will have to take a significant pay cut in order to return to the Premier League.

David Moyes is determined to sign a striker in January and Pelle could be the ideal short-term option for the Hammers.

The Italian managed to impress during his time at Southampton where he scored 30 goals in two seasons.

The likes of Chicharito and Carroll have failed to impress this season and Pelle would certainly improve West Ham going forward.

Moyes is thought to be looking at Daniel Sturridge as well. Midfielders Leander Dendoncker and Tom Cairney are targets for the Hammers as well.