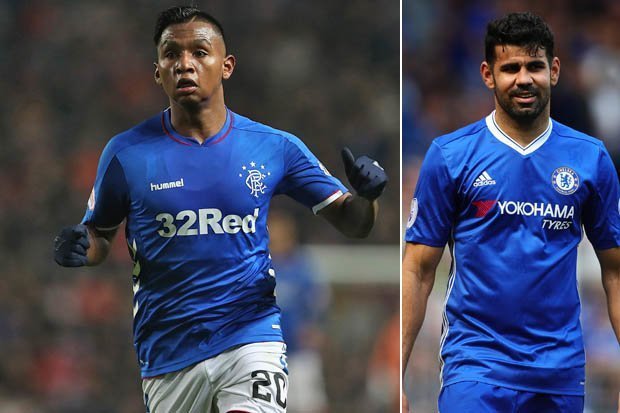 Glasgow Rangers striker Alfredo Morelos impressed last season for the Ibrox club and has been linked with a move to West Ham this summer.

The Gers striker impressed in his first season with 18 goals in all competitions. However, he took his game to the next level last season under Steven Gerrard managing 30 goals in 48 games.

Rangers haven’t received any bids for him yet, but according to latest reports Premier League duo, West Ham and Crystal Palace are showing keen interest in signing the Colombian international.

The Hammers have already splashed big money on Sebastien Haller but they need one more striker ahead of the next season.

The likes of Marko Arnautovic, Lucas Perez and Andy Carroll have all left the club, and the Hammers boss must sign another striker before the end of the transfer window.

Morelos is a fantastic young striker but his poor disciplinary record goes against him. He picked up a staggering 18 yellow cards and five reds last season, and that is why despite his obvious talent, many Hammers fans have urged the club to avoid making a move for him.

This signing is my dream.

Morelos is a decent enough player but Scottish PL is a poor standard and he is extremely temperamental – 5 red cards last season and management having to constantly defend him would be a nightmare to have in the PL.

Would be very happy with this

Would be a class signing ngl