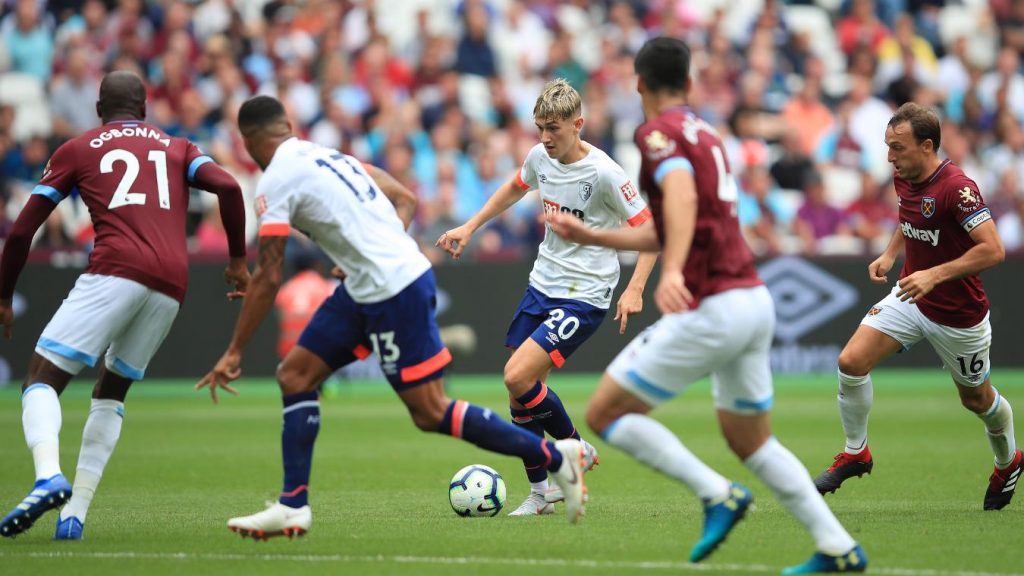 West Ham crashed to a 2-1 defeat at home to Bournemouth yesterday.

The Hammers were beaten by Liverpool last week and their performance against the Cherries will infuriate the manager and the fans.

Marko Arnautovic had given his side the lead on the 33rd minute from the spot but the away side fought back in the second half.

Goals from Callum Wilson and Steve Cook handed the three points to Eddie Howe’s side.

One player who disappointed for the home side was Mark Noble. The West Ham star put on a lacklustre display once again and he failed to provide the West Ham attackers with a platform to deliver.

Noble struggled to recycle possession and provide some mobility in the midfield for his side.

He was quite poor against Liverpool last week as well and it will be interesting to see whether Manuel Pellegrini’s decides to drop him for the next game.

It would be better to take him out of the firing line for a while and allow him to recapture his form and desire in training.

Here is how the West Ham fans reacted to Noble’s display on twitter.

Also, I love them both, but I’m not a fan of the Jack Wilshere and Mark Noble midfield partnership. I don’t think they can play together if I’m being honest.

This is what happens when you pick players based on sentimentality !Playing Mark Noble cost West Ham football matches !!!Time to get real !

Someone please tell me what Mark Noble offers??? Why does he get selected..#COYI

Mark noble only starts for West Ham because he’s a local boy, he’s a league 1 player in reality.

Now Mark Noble is no longer on penalties, is there any reason for him to carry on masquerading as a footballer? #MOTD

The longer West Ham play with Mark Noble the worse we will get! Modern midfield players need to be able to get around the pitch!

Mark Noble must be dropped

Hopefully that’s the last I ever see of Mark noble. Adds absolutely nothing and been part of the problem for 10 years. Wouldn’t get in any other team