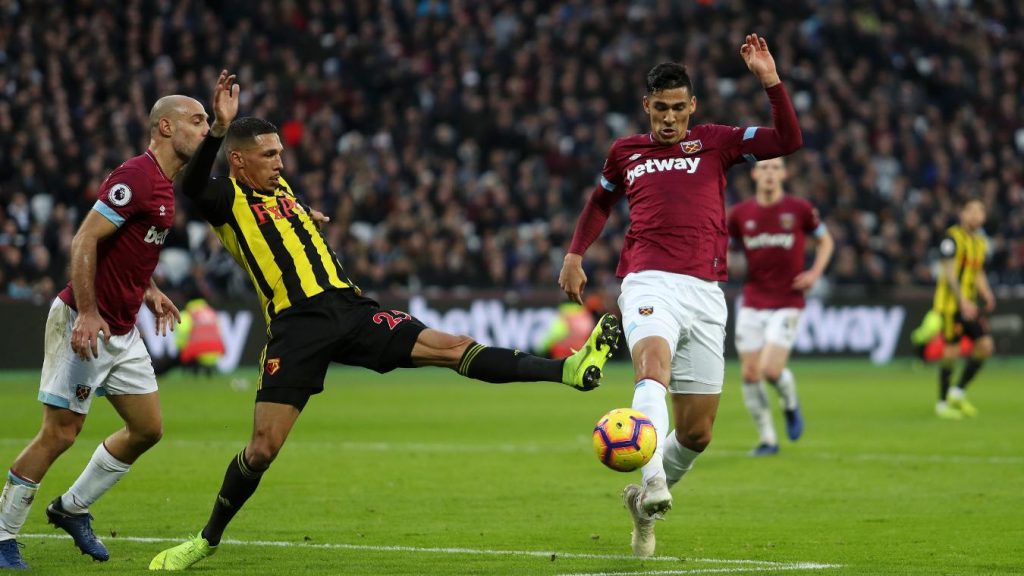 West Ham crashed to a 2-0 defeat at home to Watford over the weekend.

Manuel Pellegrini will be very disappointed with his side’s start to the season.

The Hammers spent a lot of money in the summer and the fans expected them to do a lot better.

On paper, West Ham are a better side than the Hornets and a 2-0 defeat at home is simply unacceptable.

The fans were not pleased with their side’s defensive display. New signing Fabian Balbuena was quite disappointing in particular.

The centre back gave away a penalty in the first half and Troy Deeney converted from the spot. He brought down Ricardo Pereyra on the 30th minute.

Balbuena has been quite impressive since his arrival and he will be desperate to make amends in the next game. It will be interesting to see how he responds now.

West Ham fans took to Twitter to share their thoughts on Fabian Balbuena’s performance against Watford and here are some of the reactions.

So stupid from Balbuena, did so many things wrong in that passage of play

Balbuena having a stinker

Balbuena looked like he should easily have made a clean challenge there but looked like he was tackling in slo mo !?!!
Sloppy defending from us so far….but then we only ever seem to play well in 1 half ?‍♂️

Not too worried. Wasn’t a horrible half, and had more shots on target. Need to push on and finish them. Poor tackle but Balbuena has had a terrific season so far. Hope the boys pick it up and he can just let it go as it was nothing. #IRONS #COYI #WestHam – Tony

Clumsy challenge by Fabian Balbuena and @WestHamUtd concede a penalty.

Poor from Balbuena there. Wasn’t even close.

Balbuena bro what are you doing

Balbuena doing everything he can to get Boxing Day off, gives away a pen, gets booked, comes off injured.