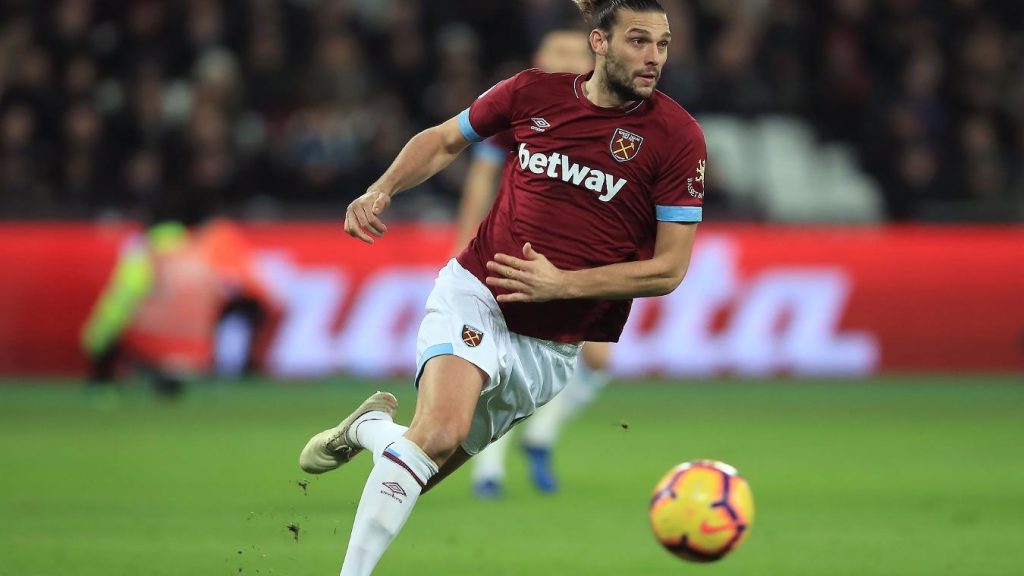 West Ham were held to a 2-2 draw at home to Brighton in the Premier League last night.

Four second half goals ensured a thrilling finish to the game but the Hammers won’t be too pleased with the result.

Dale Stephens and Shane Duffy scored in quick succession to put the visitors 2-0 up around the hour mark but the home side fought back brilliantly through Arnautovic. The Austrian bagged a brace to secure a draw for the hosts.

Pellegrini will be unhappy with his side’s performance, especially at home. West Ham should be winning these games.

After the massive summer outlay, the Hammers were expected to challenge for a top seven finish. So far, they have been quite underwhelming.

West Ham lacked a cutting edge up front and Andy Carroll disappointed on his return.

The home fans took to Twitter to share their thoughts on the England striker’s performance against Brighton last night. Clearly, they weren’t too impressed.

What have we learnt tonight? Andy Carroll should never start another game and Antonio, who I have felt was useless, is definitely improving under MP, he made a difference in 2nd half.

It’s so painful to see Andy Carroll start when he doesn’t suit the system and isn’t playing well. As when Perez comes on. Give Xande Silva a start #WHUFC

not to forget andy carroll. granted he’s returning from injury, but doesn’t seem to possess the strengths he once had.

ineffective hold-up play and not a great threat in the air. nearly always the least mobile player on the pitch too. needs selling in january. https://t.co/oGkVDr4nzP

I thought Andy Carroll was fucking terrible tonight mate Nobes came on not great i will be honest we lack a proper midfield general and unfortunately its not Nobes. If we are theowing shit Anderson was missing for 75 minutes as well

Seeing so much hate towards Lucas Perez, he’s no where near as shit as some of the players we’ve had in the past, not to mention Andy Carroll is still there, just needs some confidence ⚒⚒

What sort of question is that? How about we sell Andy Carroll and get in a replacement who can actually develop/play football. Where is the requirement to have a massive cart horse?

One of the (many) reasons why Andy Carroll is no longer effective is because of how abysmal PL referees are. They’ll continuously allow defenders to climb on him but will book our no.9 when the same thing happens the other way.

Hopefully after last night Andy Carroll has put the nail in the coffin regarding a new contract, we need to get rid of him and Perez who is one of the worst players I’ve seen in a West Ham shirt. Who we sign is anyones guess but they have to go. #WHUFC