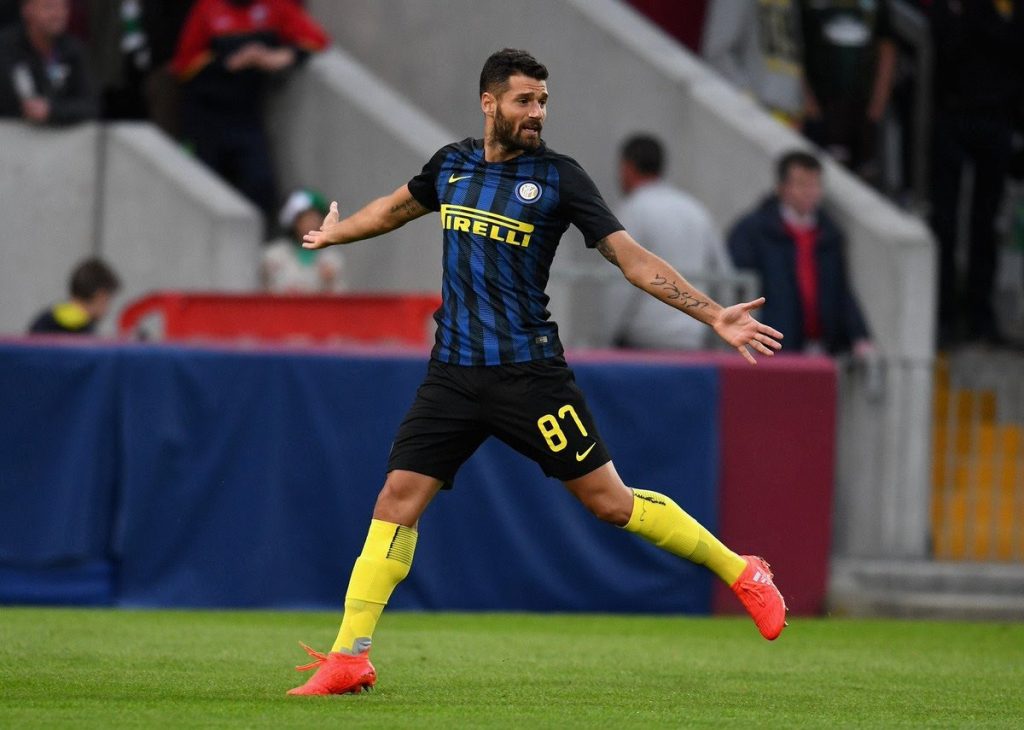 According to Corriere Dello Sport, the player is not a key part of Inter’s first team plans and he has been linked with a move away from the club.

He has made just 4 starts in the league so far and he has scored one goal.

Manuel Pellegrini is keen on signing him in order to cope with the injuries. The likes of Yarmolenko and Lanzini are sidelined right now and the Hammers could use some flair and creativity in their side.

Candreva was linked with a move to West Ham before as well but the Hammers opted for Felipe Anderson. The former Serie A man has been a big hit in the Premier League so far and the fans will be hoping for more of the same from Candreva if the deal goes through.

It will be interesting to see if West Ham submit an official bid for the player now. Inter Milan might look to cash in given his squad status.

In the short term, Candreva should prove to be a quality addition for West Ham. The 31-year-old is an excellent passer in the final third and his set pieces are lethal. He will add a new dimension to West Ham’s attack.