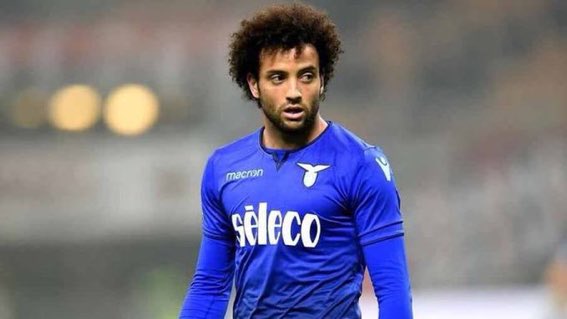 West Ham have agreed on a club record deal to sign Felipe Anderson from Lazio.

According to Sky Sports, the Hammers will pay £35m for the midfielder.

The Brazilian attacking midfielder has been linked with a move away from the Serie A club for a while now and the Hammers have now secured his services.

Pellegrini seemed keen on improving his attack and Anderson should be a fantastic signing for him. With Lanzini injured for most of next season, the Brazilian could be the creative hub of the side.

Anderson was rated as a world-class talent a few seasons ago but his development has stalled somewhat. If Pellegrini can help him fulfil his potential, he could be leading star in the Premier League.

West Ham have had a very impressive window so far and the fans will be delighted to see the ambition of the owners. The Hammers have already signed the likes of Fredericks, Diop, Fabianski, Yarmolenko and Wilshere.

West Ham will be expected to challenge for the Europa League spots after this significant summer outlay.

Here is how the Premier League fans reacted to the news.

What drugs are West Ham taking

West Ham are making some solid moves… Pellegrini is building himself quite a team.

Sullivan has gone mad!! He is actually spending money

Ahhhh I love you West Ham

Just love how @WestHamUtd are going about there transfer business