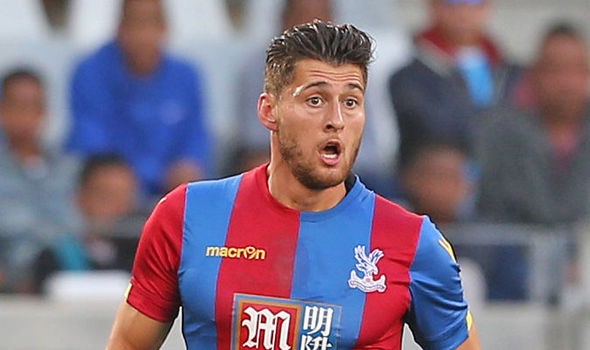 According to reports from The Sun on Sunday (printed edition; 12th August – page 59), West Bromwich Albion are eyeing a move for Crystal Palace winger Joel Ward.

The summer transfer window may have closed but clubs in English Football League can still sign players on loan till the end of this month.

Signing a right-back is a priority for the Baggies boss Darren Moore. West Brom tried to sign James Tavernier from Glasgow Rangers on the final day of the transfer window, but they failed in their approach.

The Baggies seem to have turned their attention towards Palace full-back Ward, who signed a new contract at Selhurst Park this summer and is tied till 2021.

The report adds that Palace could be willing to send him on loan but they could ask for a significant loan fee. Else, they may demand an agreement that the Baggies would sign him permanently next summer.

The 28-year-old joined Palace in 2012 from Portsmouth and has been a regular member of the side. Last season he made 19 Premier League appearances for the club, and he would be a superb addition for the Baggies. He is versatile – can play in the defensive midfield – and his wealth of Premier League experience would come handy.

West Brom have made a stuttering start to their 2018-19 Championship campaign. They suffered a shock 2-1 defeat against Bolton in their opening game followed by a 1-1 draw against Nottingham Forest. However, they did register their first win this weekend, after beating Norwich City 4-3 at the Carrow Road.