West Brom close in on deal for Tottenham defender 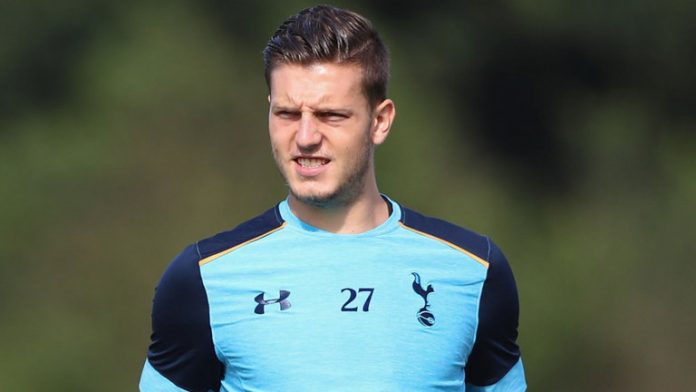 The 24-year-old has found his opportunities limited at Spurs and according to the Telegraph he is in talks about a possible transfer to the Hawthorns.

Baggies boss Tony Pulis had been chasing Middlesbrough’s Ben Gibson, but he has now turned his attentions to the Austrian international.

Wimmer has made just 31 appearances for Spurs since joining the club for £4.3 million from FC Koln in May 2015.

He previously played 73 games for the German side, helping the club to the Bundesliga 2 title in 2013/14.

Pulis has been eager to improve to his squad, with striker Jay Rodriguez his biggest signing this summer at £12 million from Southampton.

Wimmer’s signing wouldn’t necessarily mean centre-half Jonny Evans would be allowed to leave the club, with Pulis keen to see him sign a new deal after knocking back Manchester City’s £18 million bid for his captain.

Sportslens takes a look at the reaction to Wimmer’s possible move to West Brom.

Can’t wait for @kevinwimmer27 to put on the blue and white stripes ?⚪️?⚪️?? #WBA

Kevin Wimmer for 15m at his age and ready to prove himself in the prem. Not a bad buy that. #wba

Kevin Wimmer. Young & hungry to prove himself in the PL. Not given many games by Spurs, but excellent in Germany previously. Exciting! #wba

Believe Kevin Wimmer is hugely underrated, he was solid when he stepped in for Vertonghen during 15/16 season #THFC #WBA

#WBA Kevin Wimmer for 15m. We could get Jones/ Smalling for that price. Don’t rate him..