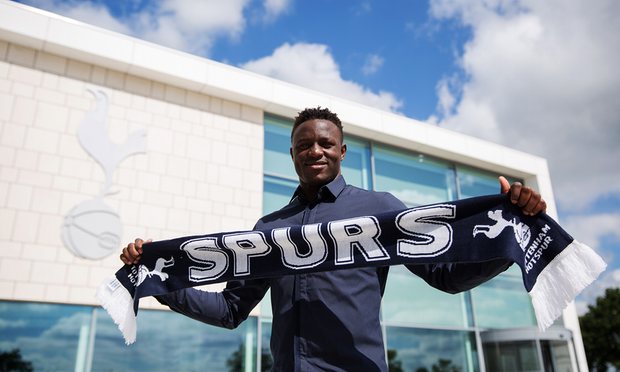 Victor Wanyama has ruled out the possibility of leaving Tottenham this summer.

The 26-year-old missed the majority of the first half of the season due to a knee problem.

The Kenyan international did return to action in January and helped the North London club to secure a top-four finish and qualify for next seasons Champions League.

Despite his injury troubles last season, Wanyama is still highly-rated and has reportedly drawn interest from the likes of Liverpool and Manchester United. Both clubs are looking to bolster their midfield this summer so that they can potentially launch a challenge for the Champions League next season.

Wanyama may have only made 8 Premier League starts last season, however Spurs fans can be encouraged by this news.

If he has a good pre-season, he could well become the player that he was during the 2016-17 season and play a role in helping Spurs potentially launch a title challenge next season.

He said to Goal.com: “I still have a contract with Spurs and that is what I want to see through.

“I did not have a good season with the team because of injury and my aim now is to work hard during this break and return for next season even stronger and help them perform even better.”