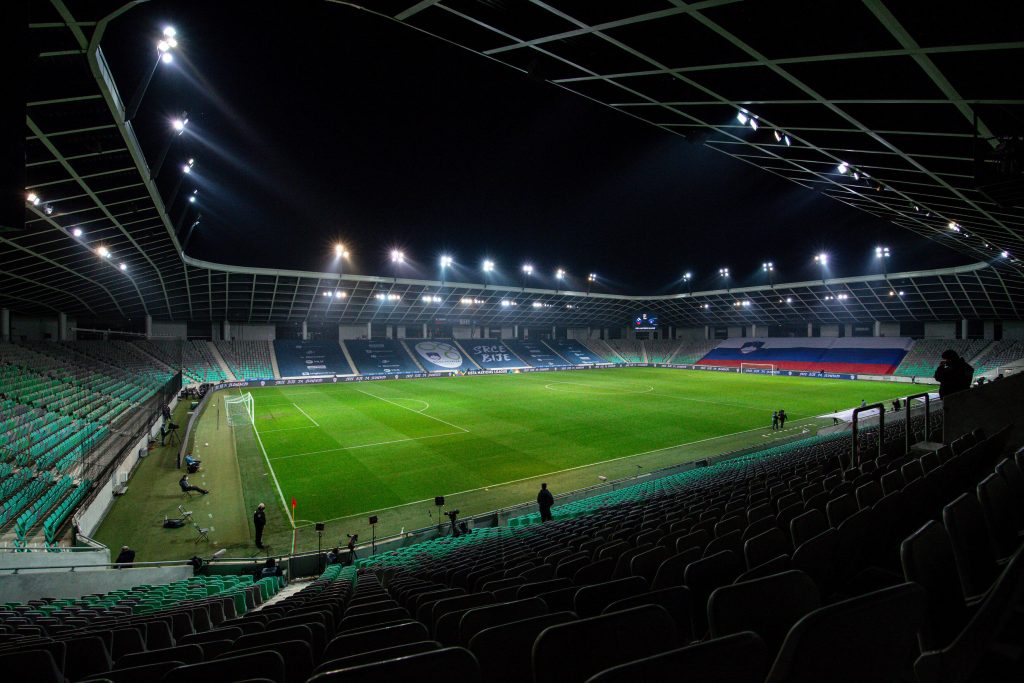 The 2021 UEFA European Under-21 Championship is just around the corner, with 16 European nations set to battle it out for glory in Hungary and Slovenia.

The 2021 tournament was rescheduled following the postponement of Euro 2020 in response to the coronavirus pandemic.

For the first time, there will be a two-month vacuum between the group stage and the knockout phase.

The tournament’s group stage runs from March 24-31, with the group winners and runners-up qualifying for the eight-nation knockout stage from May 31 to June 6.

Another novelty means the knockout phase will have home-and-away two-legged ties to determine the semi-finals participants.

Hungary and Slovenia will co-host the event, with four cities in each country hosting the games behind closed doors. However, you should be able to stream all the football matches live online.

All 55 EUFA national teams begun the journey in the qualifiers, and only 16 are left on the final battlefield.

Sixteen national teams divided into groups of four will try to obtain the right to play in the knockouts stage.

Unlike the last competition, co-hosts automatically secured a berth at the final tournament, with 14 other nations joining them through the qualifying process.

Italy and Spain, as the most successful teams in the competition with five titles each, reached the final tournament.

Automatically assigned to Group A, co-hosts Hungary will battle Germany, Netherlands and Romania.

After performing a thoroughly stunning qualifying campaign, Netherlands are in the driving seat to claim the top spot.

Despite enduring a somewhat turbulent qualifying campaign (W6, L2), Germany will be looking to throw a spanner in the works.

Die Mannschaft have lifted the title twice in the last six attempts.

Slovenia are sectioned in Group B, along with reigning champions Spain, Italy and the Czech Republic.

Having won three of the last five editions, Spain are odds-on favourites to finish top of the group.

The Red Fury advanced to the final tournament as Group 6 winners, having conceded just once across their ten qualifying matches (W9, D1).

After winning the qualifying Group 1 with eight wins from ten games (D1, L1), the Italians will build a strong case for the knockout berth.

Though they are the joint-record winners, Gli Azzurri were last crowned Euro U-21 champions in 2004.

France, Denmark, Russia and Iceland are drawn in Group C, with all but the latter reaching the final tournament as winners in their respective qualifying groups.

Given Les Bleus’ footballing stature, it may come as some surprise that they last won the tournament in 1988.

With Sylvain Ripoll’s men expected to progress as group winners, Denmark and Russia will stake their claim for the remaining qualifying spot.

Iceland will be lurking in the shadows, hopeful they can reach the knockout stage in only their second appearance at the final tournament.

England, Portugal, Croatia and Switzerland are paired together in Group D, with all but the Young Lions advancing to the final tournament as runners-up in their respective qualifying sections.

England made light work of Group 3, finishing top of the section without losing a single encounter (W9, D1).

Having last won the competition in 1984, the Young Lions will be under pressure to deliver.

Aidy Boothroyd’s star-studded squad are likely to cruise through to the knockout phase, with the remaining three nations expected to fight for the remaining qualifying spot.

The tournament commences on 24 March as co-hosts Hungary take on Germany at the MOL Arena Sosto in the Group A curtain-raiser.

As mentioned before, the group stage will run from March 24-31.

The top two teams of each group will continue their pursuit of the European title in the quarter-finals.

The knockout rounds will be staged from May 31 to June 6, with the final scheduled to take place at the Stadion Stozice in Ljubljana.

Those nations which make it to the knockout stage will have the chance to name a fresh squad, owing to a two-month discrepancy.

Unlike the group phase, the stadiums may not be empty when the tournament returns in the summer.

UEFA will decide whether to allow the spectators in collaboration with the host associations and the appropriate authorities.

Led by the likes of Manchester Untied’s Mason Greenwood and Chelsea’s Callum Hudson-Odoi, England are one of the leading candidates to win the competition.

Arsenal duo Eddie Nketiah and Emile Smith Rowe complement Boothroyd’s all-star generation that will be placed under scrutiny in Hungary and Slovenia.

Elsewhere, jammed-full of world-class talents, France will be a team to watch.

Houssem Aouar, Matteo Guendouzi and Eduardo Camavinga will spearhead Les Blues’ glory charge, all of whom starred for their clubs this season.