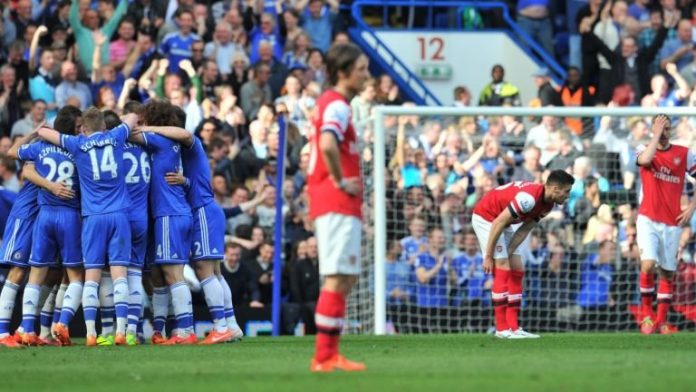 Following the recent injury blow to midfielder, Jack Wilshere, Arsenal will be looking to address their central midfield issues in the upcoming transfer window, as Arsene Wenger looks to revive Arsenal’s season with a few signings.

Under fire manager, Arsene Wenger is looking to plug the gaps in his side as Arsenal look to sort out a mixed start to the campaign. The Gunners have been inconsistent since August, and have followed up encouraging victories with a dull draw/defeat quite often.

Injuries have been a big part of Arsenal’s season over the last few years and injuries to key players like Olivier Giroud, Theo Walcott, Aaron Ramsey, Jack Wilshere and Laurent Koscielny so far, has been a big blow for the Londoners.

Wenger has been forced to field a makeshift back four quite often this season and the sale of Vermaelen has left Arsenal with a worrying shortage of centre backs. Midfield has also been a concern for the London giants, with the likes of Ozil, Wilshere and Ramsey already being sidelined for long spells. Poor form of Arteta, Cazorla and Flamini has left Arsenal depending on their attacking players to carry the team through this slump.

New signing Alexis Sanchez has been sensational since his move from Barcelona and has been carrying the Londoners on his back since August. The Chilean has been the main source of goals and creativity at the North London club and put in another stunning performance against Borussia Dortmund earlier this week.

While the likes of Walcott and Giroud are back from injury, Wenger realises that his side are in desperate need of reinforcements if they are to revive their faltering season.

Here at Soccerlens, we pick out two possible additions who could galvanise the group and stabilise Arsenal’s season.

Central midfield has been a key area of concern for Arsene Wenger and Arsenal. The Southampton midfielder has been linked with several moves away from St Mary’s since last year and was denied a move in summer, as the club decided to keep the Frenchman until January at the very least.

Arsenal’s midfield has lacked power and tenacity Schneiderlin offers, since the departure of Patrick Vieira and it remains a big weakness till date. The likes of Flamini and Arteta have failed to provide sufficient cover to the defenders and have often left their centre backs exposed. Wenger will be looking to address this issue come January, especially now that Jack Wilshere has been ruled out for a few months.

While it is expected that Southampton will be reluctant to let him go, any offer close to 20 million, coupled with Schneiderlin’s desire to move could make the move possible. 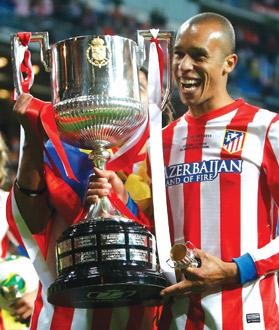 Miranda has been linked with several moves away from the Calderon this season. The 30 year old has been in the form of his life since last season, as he helped Atletico Madrid to the league title and the Champions League final.

Arsenal have lacked experience and quality in their defence, following injury to Koscielny and would welcome the addition of Miranda, albeit as a short term fix. At times this season, Arsenal have run out of centre backs and have had to field full backs at the heart of the defence. Signing a defender in January is mandatory and Miranda is the only high profile centre back in the market who could address all of Arsenal’s defensive problems.