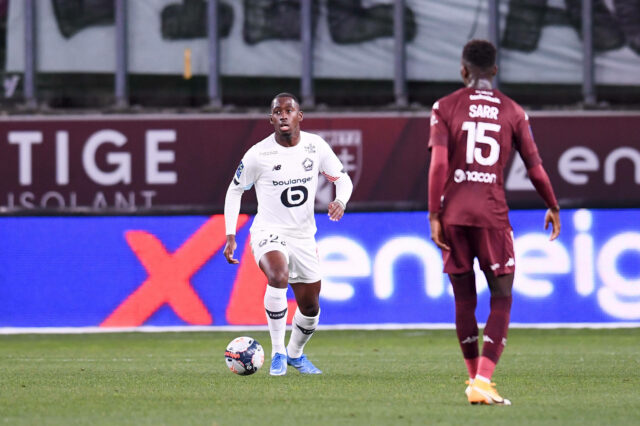 According to reports from The Sunday People [printed edition; 11/04/21], Spurs are keen to sign the French midfielder. However, the north Londoners are expected to face strong competition from Leicester City who are leading the race for his signature.

The 22-year-old midfielder has impressed this season for Lille who are leading the Ligue 1 table by six points.

The central midfielder has made 26 Ligue 1 appearances this term and a host of Premier League clubs including Manchester United, Leicester City and Spurs are vying for his signature.

Soumare is an extremely gifted box-to-box midfielder. The report claims that will require a fee in the region of £30m to lure him away from Lille, but Leicester are confident of snapping him up.

He would be a superb signing for any of his Premier League admirers.

Spurs need to bolster their midfield in the summer, and they must not miss out on the opportunity to sign Soumare.

With Harry Winks and Moussa Sissoko likely to be offloaded in the summer, Spurs will have room for new additions.

Oliver Skipp will come back from a brilliant loan spell at Norwich, while Tanguy Ndombele has reinvented himself under Mourinho.

Pierre-Emile Hojbjerg has been the epitome of consistency and Soumare’s energy alongside him would add a new dimension in midfield.

In other news, check how Jose Mourinho has reacted to Ole Gunnar Solskjaer’s comment on Son Heung-Min.