Tottenham vs Arsenal – Who will come out on top?

Arsenal travel to White Hart Lane off the back of their midweek Champions League exit, and will be hoping to bounce back with a win, now focusing more on league commitments, and for them there is no bigger game than against their neighbours. 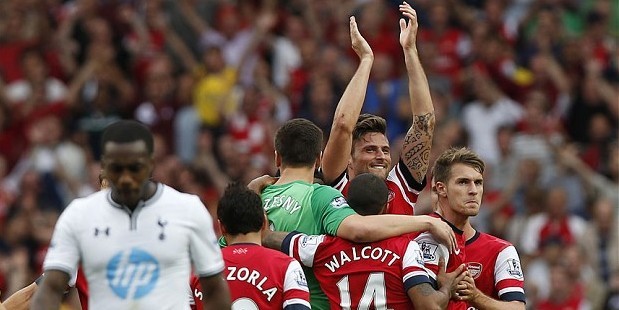 Victory against Spurs in both the league and FA Cup already this season will give the Gunners hope of repeating the feat on Sunday.

With £42m man Mesut Ozil ruled out, English youngster Alex Oxlade-Chamberlain will be looking to build on an impressive display against Bayern in the week and inspire his team to victory that will keep them in the hunt for title.

Tim Sherwood’s side will be looking to put last weekend’s loss at Chelsea, as well as rumours of friction within the camp, behind them as they attempt to recreate the heroics of their 2-1 victory 12 months ago.

Spurs, who have been very hit and miss this term, will be hoping former Gunner Emmanuel Adebayor can find his shooting boots again after three league games without a goal, his longest drought since he returned to the side before Christmas.

Verdict: Spurs will be itching to set the record straight, so I predict an entertaining 2-2 draw.

What do you think? Agree with the prediction? Get involved in the comments below…