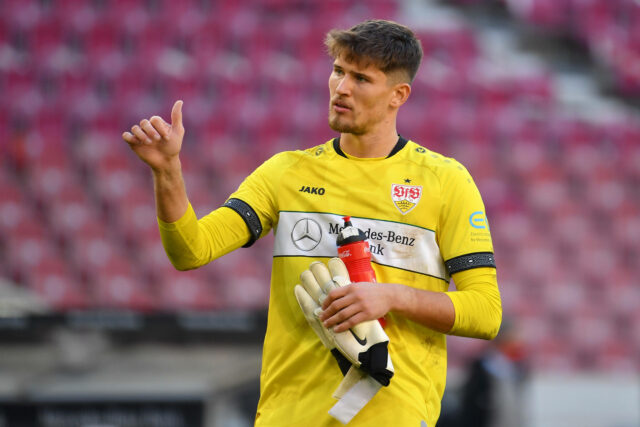 Borussia Dortmund are close to signing Gregor Kobel from Stuttgart.

Dortmund are putting the finishing touches on the deal for the Swiss goalkeeper.

He claims that the player has already signed his contract, and only the medical is pending for the deal to go through.

Romano has added that Marc ter Stegen won’t be leaving Barcelona this summer.

Bild claimed earlier this week that Dortmund have agreed a £14 million deal to sign the 23-year-old goalkeeper.

The news will come as a huge blow for Tottenham Hotspur.

Spurs are looking to sign a new goalkeeper this summer, with the club aiming to replace Frenchman Hugo Lloris.

The Spurs skipper, 34, has a contract at the club until 2022, and he is yet to sign a new deal. He could sign a contract extension at Spurs, but signing a new goalkeeper is still a priority.

The north London club have already seen one of their prime targets – Mike Maignan – move to AC Milan, and now another goalkeeping target is off their wishlist as well.

In a dramatic turn of events, he is now packing his bags to move to Signal Iduna Park within 48 hours.

It will be an interesting summer transfer window for Tottenham, who are expected to undergo a massive rebuilding process following a disappointing campaign.