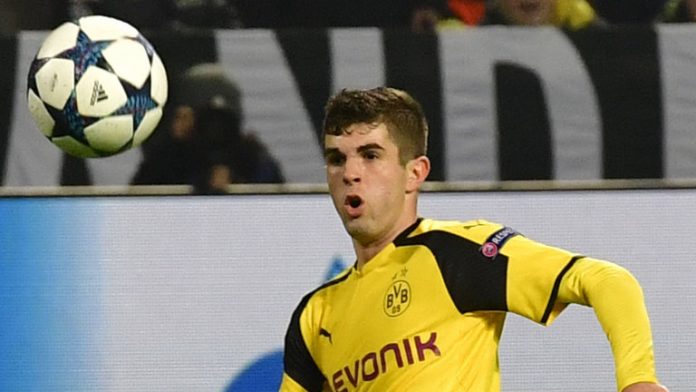 Tottenham Hotspur are hoping to complete a deal to sign Christian Pulisic from Borussia Dortmund.

According to Kicker, Spurs have submitted a £44 million bid for the 19-year-old to the Bundesliga club.

The young winger has impressed since breaking into the Dortmund senior side, scoring 12 goals in 97 appearances in all competitions.

He has quickly developed into the United States’ most important player, scoring nine goals in 21 international appearances.

Chelsea, Manchester United and Liverpool have been monitoring Pulisic’s progress, while Bayern Munich are also believed to be interested.

Spurs’ offer for Pulisic is some way way short of the £80m asking price that was rumoured earlier this year, although it may now spark a bidding war for his services.

Former USA international Eddie Johnson believes that whoever signs Pulisic will be getting a top quality player.

“He’s the best American player that I’ve ever seen since I started playing soccer as a kid in the USA,” Johnson told the Seattle Sounders’ Winging It podcast.