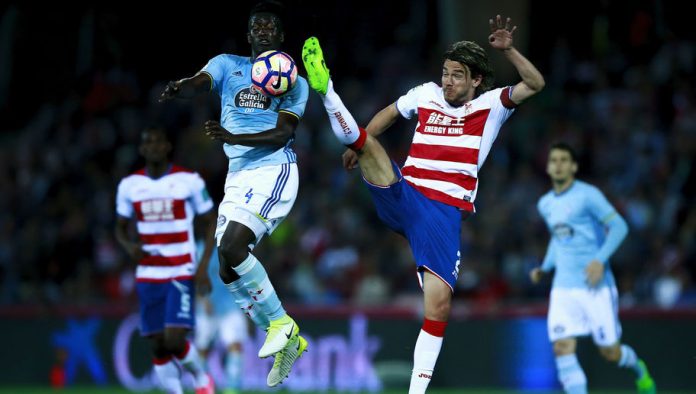 Tottenham have been linked with the Celta Vigo midfielder Pape Cheikh Diop over the last few days and it seems that the Premier League giants have made their move with an official bid.

According to Daily Mail, Spurs have submitted an offer of around £9million for the La Liga midfielder. As per the report, the 20-year-old loves the idea of moving to London.

In that case, Spurs just need to convince Celta here. It is understood that Lyon are interested in the player as well and have submitted a better offer.

Also, the French outfit are offering better personal terms for Pape as well.

Spurs are yet to sign a single player this summer and Pochettino will be hoping to secure Pape as his first summer signing. However, the Premier League outfit will need to improve their offer in order for the move to happen.

Pape has a £25m release clause but both Lyon and Spurs are hoping to sign him for less than that. The youngster has a contract until 2021 and Celta are under no pressure to sell him.

It will be interesting to see whether the two clubs increase their offer for the midfielder now.

It is clear that Pape will be a signing for the future and therefore his suitors might not want to pay big money for him just yet. The midfielder is not a regular for Celta yet and he will certainly not be ready to start in the Premier League/Ligue 1.

The Senegal born midfielder has represented Spain at Under 17 and Under 19 levels.

The Londoners are interested in signing Ajax’s Colombian defender Davinson Sanchez and goalkeeper Paulo Gazzaniga of Southampton as well.