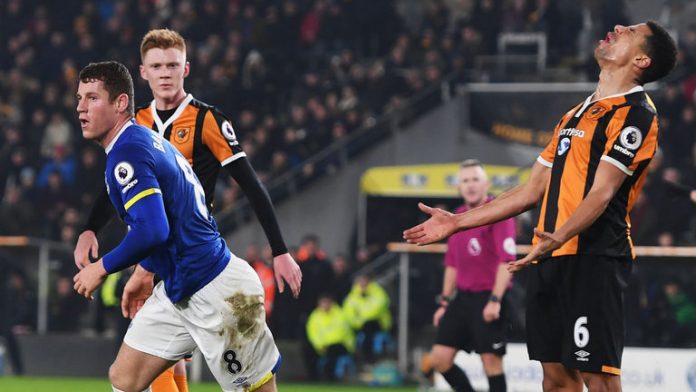 Tottenham are looking to sign the Everton midfielder Ross Barkley this summer.

The highly talented England midfielder is out of contract next summer and the Toffees have failed to agree on an extension so far.

According to Independent, Mauricio Pochettino is a long term admirer of the Everton playmaker and is keen on signing him. However, both clubs have failed to agree on a fee so far. Spurs chairman Daniel Levy believes that Everton’s valuation of the player is unrealistic.

With Everton looking to sign Gylfi Sigurdsson now, it seems that the Toffees are willing to lower their £50million valuation of Barkley.

The report claims that both clubs are now willing to reach a compromise and an agreement could be sealed before the end of the window. Everton are unwilling to lose him on a free transfer next summer.

The Merseyside outfit have already signed Rooney and Klaassen this summer and Barkley is unlikely to play regularly for them. Therefore, selling him is the best option for the Toffees and the player.

Pochettino has done well to nurture young players in the past and he will be looking to get the best out of Barkley at Spurs. The 23-year-old is a prodigious talent, but his decision making on the pitch needs to be worked on.

Spurs are looking to sign a right back as well and the Londoners have been linked with Porto’s Ricardo Pereira.