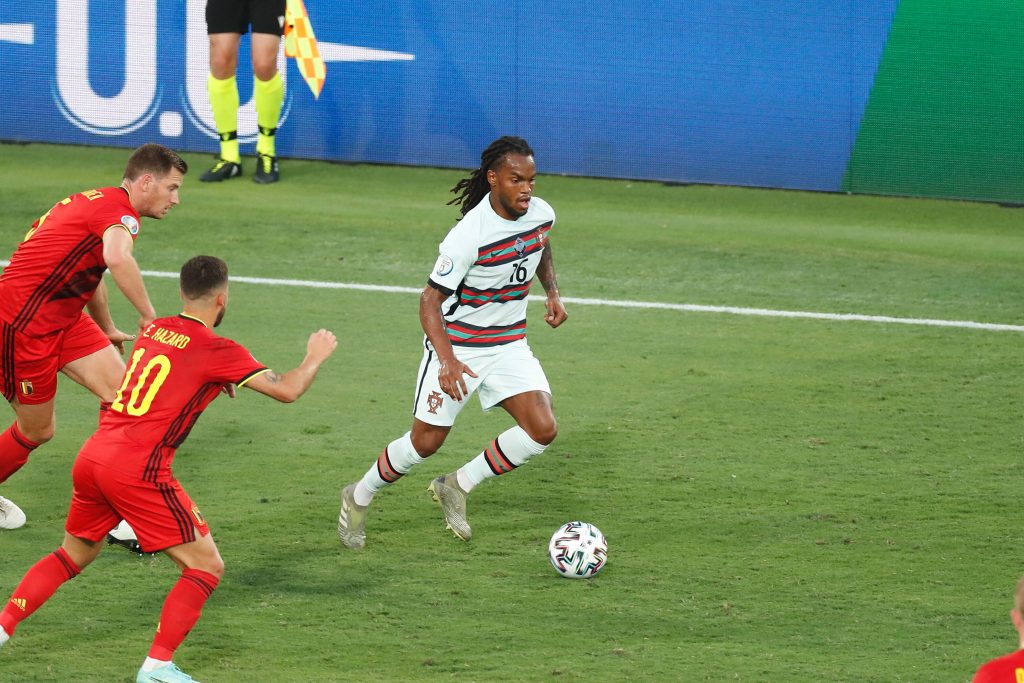 Tottenham Hotspur have recently been linked with a move for the Portuguese international Renato Sanches.

According to Le 10 Sport, Arsenal and Barcelona are also keen on the 23-year-old midfielder after his impressive Euro 2020 campaign.

He was a standout performer as Portugal reached the round of 16, where they were narrowly edged out by Belgium.

He has shown immense progress over the past 12 months and has the potential to be a quality addition to Tottenham’s midfield.

The Premier League club have identified their lack of creativity in midfield as a concern this summer, and they are looking to rectify that.

Sanches would add presence, drive, flair and vision to the side. The Londoners have also been linked with Lyon midfielder Houssem Aouar who has a similar profile.

The Lille star needs to join a club where he can play regular first-team football, and a move to Tottenham seems ideal on paper.

He could form a quality midfield partnership with Pierre-Emile Hojbjerg and Tanguy Ndombele.

Spurs must move quickly to beat off the competition from Arsenal and Barcelona for the Portuguese midfielder.

Read: Tottenham linked with a move for 29-year-old playmaker.