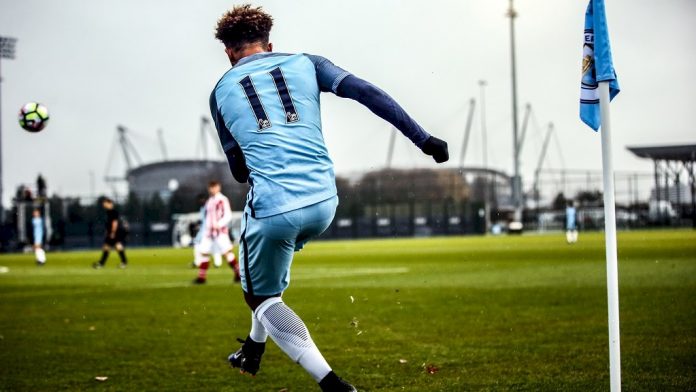 Independent are reporting that contract talks between the 17-year-old and the club have broken down and Spurs are ready to take advantage of that. As per the report, Arsenal are interested in the player as well.

The left winger has been a key part of City’s youth squad and is rated as one of the best young talents to have come out of Manchester City’s academy. He helped his side reach the FA Youth Cup final last season. Sancho scored 20 goals and picked up 7 assists in 33 appearances for City’s youth team last season.

The Premier League giants are desperate to keep him at the club and Sancho has been offered a three-year contract worth around £30,000 per week. Although it is an extremely lucrative deal for a youth player, Sancho has not signed it because he believes that he has little chance of breaking into Pep’s first team plans.

As per the report from Independent, the player wants a move to London and therefore Spurs and Arsenal will look to sign him. The player has just one year left on his scholarship deal at City and he would cost around £3-4m.