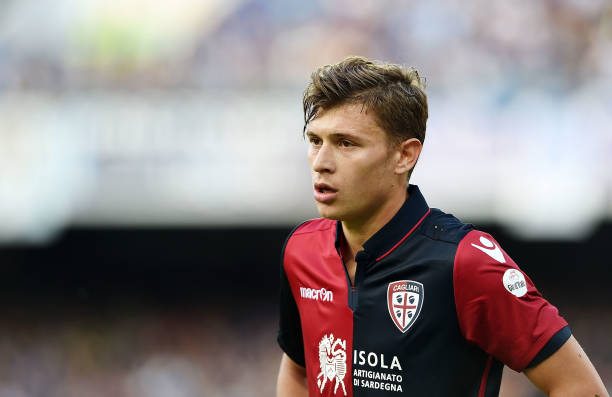 Nicolo Barella is regarded as one of the most exciting talents in Italy. A product of the Cagliari’s academy, he is fast becoming one of the most sought after players in Europe.

Technically gifted, the 21-year-old is already an accomplished central midfielder. He has started in eight Serie A games so far, and has one goal to his name as well.

He is known for his bundles of energy. His high pressing and zonal marking influences The Sardinians’ game week in week out. His quick feet and elegant touch gives him the ability to dribble past players with ease.

Possessing an excellent vision and passing ability, he is already developing into a top class talent. No wonder why Liverpool, Arsenal and Tottenham are reportedly vying for his signature.

Mauricio Pochettino has done wonders while working with young talents. He would be an excellent addition to the squad. But does Barella fancy a move to the Premier League?

Well, the midfielder who made his Italy debut last week in the 1-1 draw against Ukraine, has said that he is not thinking about transfers at the moment, but admits that it’s pleasing to get linked with big European clubs.

“I’m not the one who sorts out the transfers,” he told Sky Italy (h/t The Express). It’s the agents, presidents and clubs who do that.

“I only think about Cagliari and to stay up in the league. We’ll see about the rest.

“The interest from big clubs is pleasing, and makes me proud. It means I’m doing the right things.”