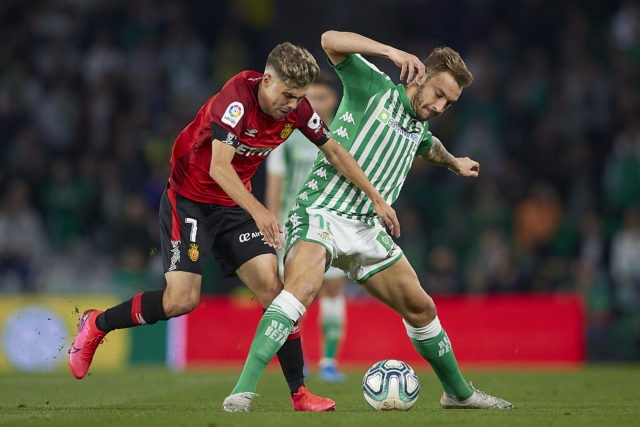 It is an open secret that Tottenham need a striker in the summer transfer window, irrespective of where they finish at the end of the season. The Spurs fans are desperate to see the club sign a striker as they do not have any back-up option for Harry Kane.

The situation could get complex in the summer if Kane leaves. Although the England striker hasn’t agitated a move away from the club, he has suggested recently that he could leave Spurs if the club fail to match his ambitions.

Spurs have been recently linked with a move for Napoli striker Arkadiusz Milik, and it seems Moron has emerged as a transfer target for several clubs in Europe, including Tottenham as well. The 26-year-old has scored 11 goals and has provided three assists in all competitions this season, and would be a good back-up option for the north London club.

Spanish outlet Estadio Deportivo has claimed that Moron, who played with Lo Celso at Real Betis, is keen to reunite with him at Spurs. Napoli and AC Milan have also been linked with Moron, but Betis won’t consider any offers below his release clause, believed to be between €40million (£36.5million) and €50million (£44million).