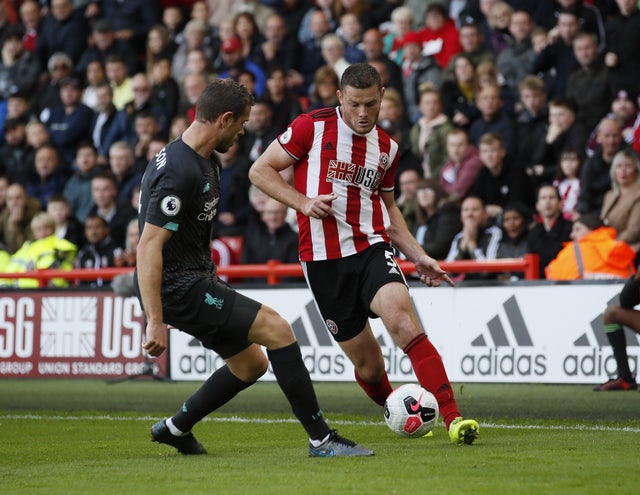 Tottenham Hotspur fans have taken to social networking site Twitter to express their reaction to reports linking their club with a move for Sheffield United defender Jack O’Connell.

Spurs boss Jose Mourinho needs to bolster his defence and has earmarked O’Connell as a potential option.

According to reports from the Sunday People (19/1; page 49), the north London club are interested in signing the 25-year-old from Sheffield United in the January transfer window.

The centre-back has been in superb form for the Blades this season. He has made 23 appearances in the Premier League so far, and has produced some fantastic performances.

Spurs have enough depth in that area, and signing a centre-back should not be at the top of Mourinho’s priority list at the moment.

However, with Jan Vertonghen’s contract set to expire in the summer, and Juan Foyth likely to be offloaded on loan elsewhere, Mourinho probably wants another reliable centre-back who has Premier League experience.

Long term !! How long have we got and why sign potential replacements !
Sign your replaced right now proven to bring why they cost a big transfer fee QUICK SOS replacements let’s put some stitches in that after you die ??

We are becoming the man United of transfer rumours !!

Why are such a pantomime when recruiting players ????

So far we’ve been linked with about a dozen CB’s. Why? Levy won’t buy.

Just sign any Sheffield defender, they know what defense is for real

O’Connell has started every game for United this season and has been simply immense for the club. Only Liverpool and Leicester City boast a better defensive record than Sheffield who have conceded just 22 times in 23 fixtures.