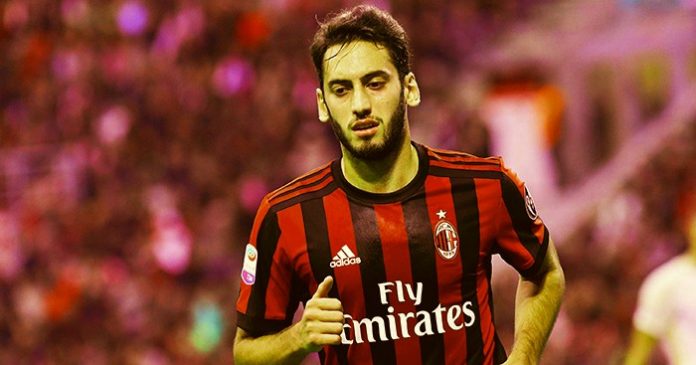 Tottenham Hotspur fans have taken to social networking site Twitter to express their reaction to reports linking the club with a move for Turkish winger Hakan Calhanoglu this month.

According to reports from Turkish newspaper Aksam, Spurs are considering making a move for the AC Milan winger to replace Christian Eriksen in January.

Eriksen is most likely to depart this month, with various reports suggesting he is on his way to Inter Milan.

Spurs badly need to sign a striker this month following the injury to Harry Kane but the north London club also need to fill the void to be left by Eriksen.

Many Spurs fans feel that he would be a smart signing, while there are others who are against the potential move. Here are some of the selected tweets:

All you lot saying he’s not worth it! Are you the same people that wanted higuain before he went to Chelsea??? How did that go?

Milan as they currently are have ruined plenty of good players, he could be a low risk high reward signing and still only 25, should be aiming for piatek as well, need a focal point more then another cam type player

Best free kicks in the world. That’s all he had for himself

Atleast every free kick = goal with him

The 25-year-old has made 18 appearances for Milan this season, contributing two goals and one assist.

Known for his ability to score from free-kicks, Calhanoglu hasn’t really set the world alight since moving to Milan in 2017.

Spurs are reportedly willing to meet Milan’s €20 million (£16.9 million) asking price for the winger. In fact, Calhanoglu could be willing to join the north London club as well.