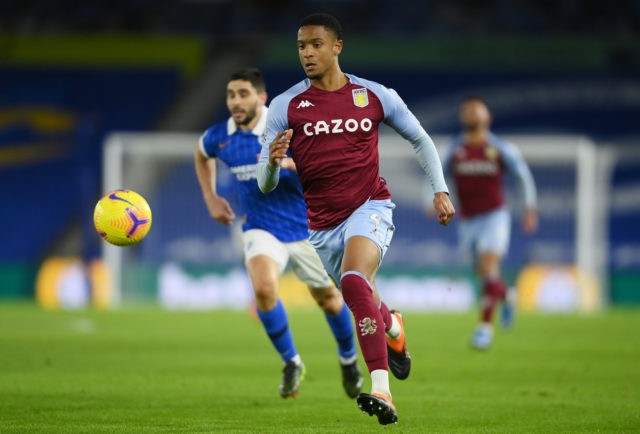 Tottenham Hotspur fans have taken to Twitter to express their reactions after reports emerged that Spurs have earmarked Aston Villa defender Ezri Konsa as one of their defensive targets for the summer.

According to The Athletic’s David Ornstein, both Spurs and Liverpool are looking to bolster their defence in the summer transfer window and Konsa has emerged as a possible option.

Konsa joined Villa from Brentford in 2019 for a fee of £12 million. He has been one of the shining stars of Villa under Dean Smith and has been simply outstanding at the back.

The 23-year-old centre-back, who can also play as a right-back, has made 20 appearances this season in the Premier League and has two goals to his name.

You clearly don’t watch much football

Don’t get me wrong he’s a decent player but they days of getting players off of premier league clubs has changed, if we do actually want him Villa would ask Atleast 35/40 mil and there’s no way we pay that

He is genuinely a very underrated defender, plays alongside an unreliable mings and a midfield that do not like helping out. plus he's a spurs fan

SL View: Would be a smart signing

He has a contract at the club till the summer of 2023, and Villa are unlikely to lose their precious asset.

However, things can change in the summer with two heavyweight clubs vying for his signature, but any potential suitors will have to pay a premium price to lure him away from Villa Park.

The centre-back is a lifelong Tottenham fan and given an opportunity he could find it hard to turn down an offer from the north London club straightaway.

The defence is one area where Spurs need to bolster in the summer.

Eric Dier has struggled badly in recent months with Jose Mourinho suggesting that the England international is lacking in confidence.

Davinson Sanchez has been disappointing and Toby Alderweireld hasn’t been at his imperious best this season.

Joe Rodon is a promising talent but Spurs need depth and quality in their defence. Konsa has got tremendous potential, and his Premier League experience makes him an attractive target this summer.