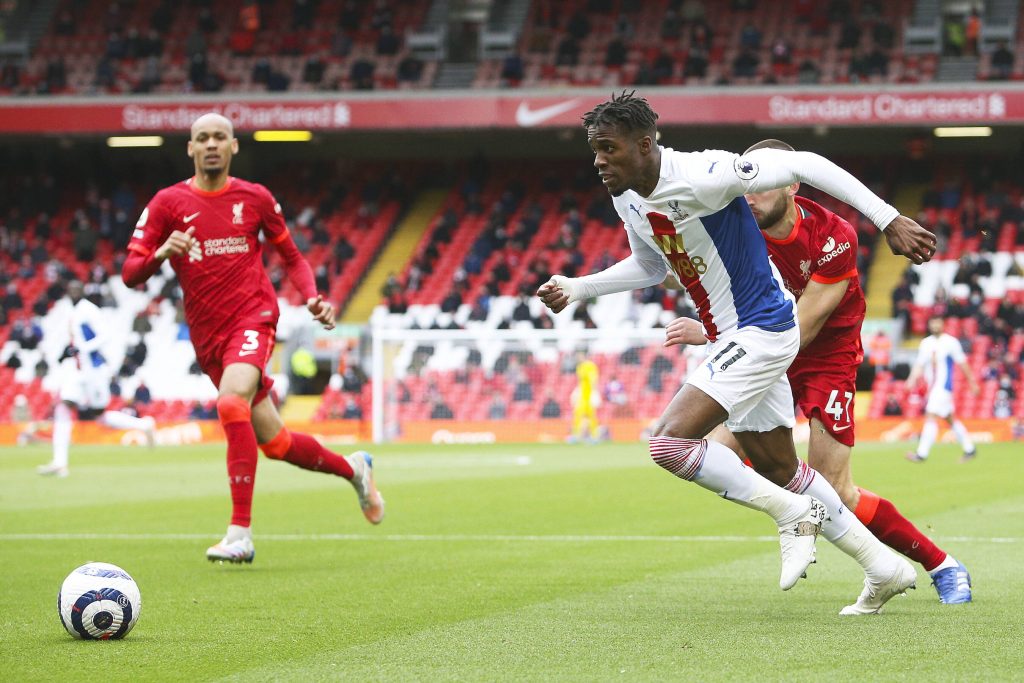 Everton have revived interest in Crystal Palace winger Wilfried Zaha, but they face stiff competition for his signature, according to Goal.

Tottenham Hotspur are also keen on the Ivory Coast international, who has once again indicated a willingness to leave Selhurst Park for a top team.

Zaha has just two more years on his Palace deal, and while they would not be keen to part ways with their best player, this summer could be the best time to cash in on him.

The 28-year-old is currently valued at around £40 million, and Everton and Spurs must be willing to meet the Eagles’ demands to have a chance of landing their man.

Zaha has been on the radar of both clubs in the past, with the Toffees tabling two formal bids for his services in the summer of 2019.

The last offer was worth £70 million, with Cenk Tosun and James McCarthy also included, but Palace knocked it back as they held on firmly to their man.

However, the 25-year-old has not particularly impressed, scoring twice and assisting twice in 55 Premier League appearances since arriving at Goodison Park.

The Merseysiders are still keen on Zaha, and they believe they may be able to get a deal done at a significantly lower price this summer.

The attacker ended 2020-21 with 11 league goals and two assists in 30 games, and Everton could do with such a player in the final third.

Zaha was involved in just seven league goals last term, and that has been the only poor season he has had in front of goal since 2016.

Having him alongside Richarlison and Dominic Calvert-Lewin in attack would boost Everton’s top-six chances next term.

Whether he will be sold on a move to Goodison Park is unclear, especially if Spurs come calling.

In other news, Ancelotti reportedly had to separate Everton duo on Sunday after a scuffle.