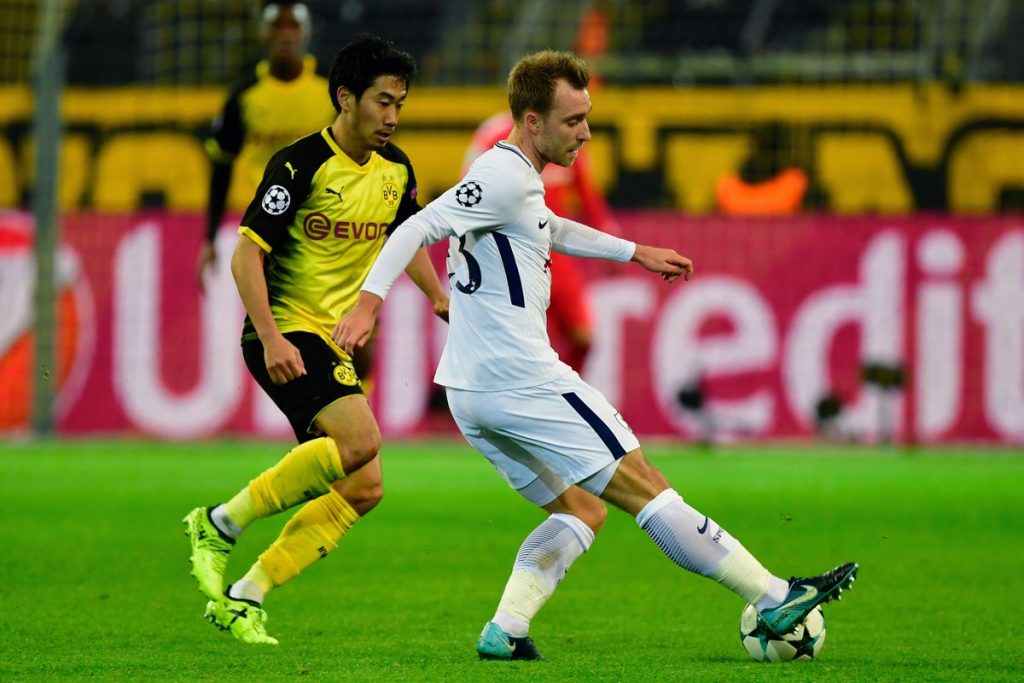 Tottenham will face Borussia Dortmund in the knockout stages of the Champions League.

The draw was held in Nyon earlier today and Mauricio Pochettino should be relatively pleased with the outcome.

Spurs have started the season and they will fancy their chances against the German giants. The Premier League outfit did well to get out of the group consisting of Inter Milan and Barcelona.

Regardless of Dortmund’s red hot form right now, this should be a pretty evenly matched contest and it will be interesting to see who comes out on top.

The matches will take place in February and March. The first leg takes place on the 13th of February and the return leg will be in Germany on the 5th of March.

Tottenham fans seem quite excited with the draw and they took to Twitter to share their thoughts on the game.

Here are some of the best reactions from earlier.

It will be very difficult but we can do something. Come on you Spurs.

Done it once. Can do it again #COYS

Nothing to fear and hopefully a special night under the lights back HOME!!!

It will be the toughest game.