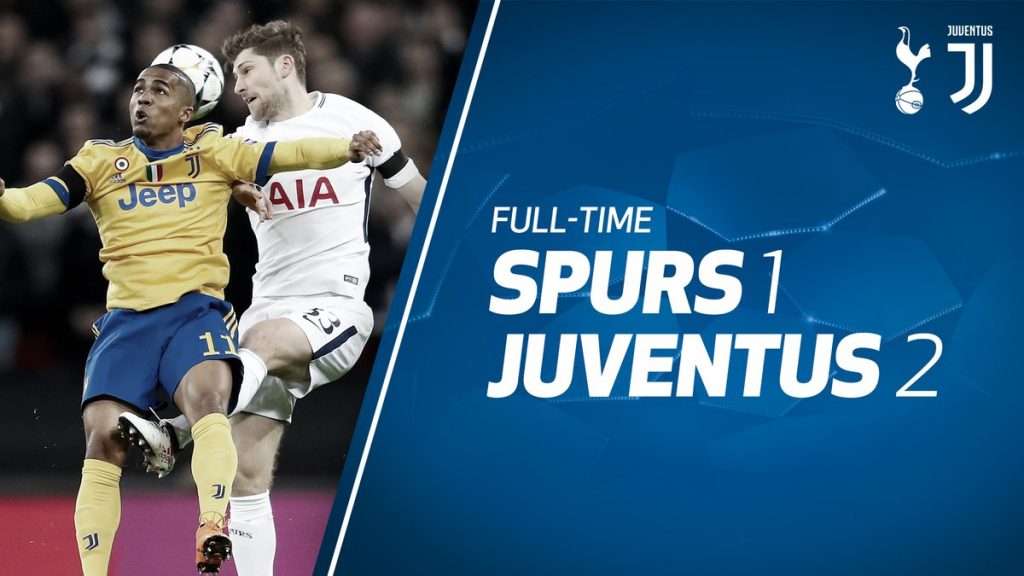 Tottenham crashed out of the Champions League after a 2-1 defeat at Wembley against Juventus.

The Premier League giants were firm favourites to go through to the Quarterfinals but the Italian champions managed to mount a terrific comeback in the second half.

Spurs went ahead through Heung-Min Son late in the first half. Second half goals from Gonzalo Higuain and Paulo Dybala in quick succession sealed a memorable comeback for the visitors.

Despite dominating for extended spells over the two legs, Spurs have paid the price for losing their concentration during key stages of the game. The likes of Kane and Son missed some glorious opportunities to score as well.

Tottenham did very well to secure a 2-2 draw in Turin and Pochettino will be bitterly disappointed with how things panned out in the second leg. It will be interesting to see how the Londoners bounce back from this disappointing result now.

The home fans took to Twitter to share their disbelief after the defeat. Here is how they reacted to the result last night.

We didn’t deserve this at all but we let them back in the game.

I’m in disbelief because we dominated, fully deserved to win, then we swithc off for two mins and lose the game. Also kane hitting the post in the last min of the game was just bitterly disappointing

Gutted to say the least thought we played better over the two legs but experience showed in the end! Guess we will have to stick to putting pressure on as usual

@What an opportunity wasted! @SpursOfficial pay the price for a poor 2nd half performance & you can’t keep giving the ball away against this level of opposition. The gaffer made subs too late & why wait 85 mins to bring on @llorentefer19 ?! #TOTJUV #THFC #COYS

Why does Poch leave subs so late?
So frustrating ?