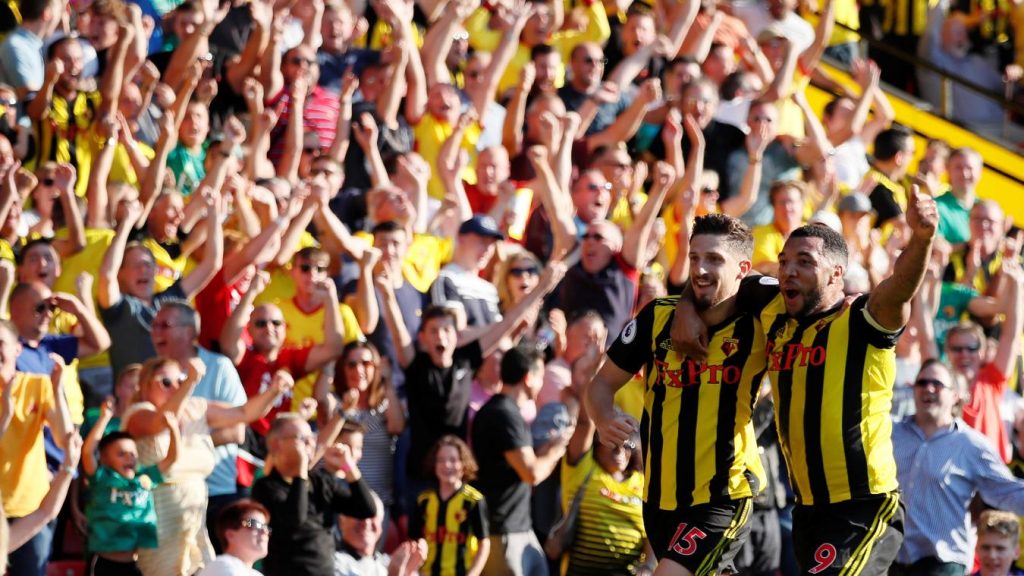 Tottenham crashed to a 2-1 defeat against Watford today.

The Londoners would have expected to make it four wins out of four today but Javi Gracia’s men came from behind to secure a spectacular win.

An own goal from Doucoure gave Spurs the lead early on in the second half but Deeney and Cathcart scored late on to seal the three points for the home side.

Jose Holebas created both goals for the home side.

Spurs dominated the first half and but they failed to score. Dele Alli should have put the visitors ahead on the 13th minute.

Pochettino will know that his side could have won today and he will be hoping for a reaction in the next game.

The away side came into this game on the back of a win at Old Trafford and they were favorites to win. Despite all the confidence and momentum, Spurs failed to grind out a result.

Watford’s sheer determination to win made a massive difference in the game.

Here is how the Spurs fans reacted to the loss on Twitter.

Win 3-0 at Old Trafford then lose to Watford next game. Peak spurs

Levy out!! Only game changer is a Spanish lampost!!

Shows the mentality and bottle of this team. Never winning the league. How do we beat Utd but still make such a drastic change in tactics and formation. The back 3 doesn’t work, we were poor Vs Fulham with it. And poor today

Got exactly what we deserved.

No signings cost us.

Poor overall performance from the players.

That result and performance is on the manager.

Sluggish vs Newcastle, Average vs Fulham, There to pick up the pieces vs Utd, Average again vs Watford, not good enough. Stems from a passive summer, and players need to wake up #THFC

We’ve been crap with three at the back for some time and the stats back this up. Our bench was always going to struggle today with the injuries and absentees. No way we should have changed the team or system that heat United.

Shocking afternoon! Failed to defend set pieces, as well creating bugger all! Play like this against Liverpool we will get stuffed!!