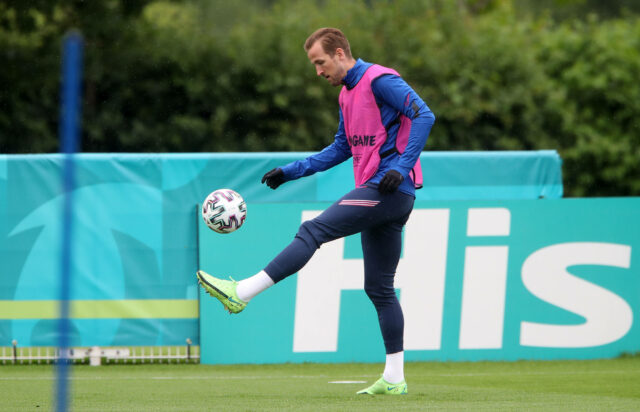 Manchester City have reportedly made an offer in the region of £100 million for Tottenham Hotspur striker Harry Kane.

According to The Athletic, Manchester City have already held talks with Spurs regarding a player(s) plus cash deal for the England star.

Many Tottenham fans took to Twitter to express their reactions to the report. Some fans feel that it is a good offer and that Daniel Levy should accept.

Silva and Laporte + £150m should do it. No less. Remember we would still need to replace the best striker in the league!

Why would any of those city regulars leave city to join spurs? Plus the fact they would all break our wage structure
Imagine the sell Hi Raheem we wanna sell you to spurs as part of the Kane deal and you’ll need to take a 100k week pay cut
Good luck with that

Mahrez, Laporte and 100 million is a no brainer. Kane won’t be happy if it’s refused and that will impact his performances. He has shown his loyalty, given us his best and, very sadly, maybe time to cash in.

I'd take Laporte, Silva and/or Mahrez as part of a deal, but can't see it happening. Think it would have to be straight cash, and the only team who would pay what we want are Chelsea 🤮

No chance of any of those players been included. They wouldn’t be in the least bit interested in joining us, for a start.

At least 3 of them will be on more money than Kane. Which means Tottenham would probably make a loss by taking multiple players when it's all added up. Levy wants cash so some of it can be 'lost' with undisclosed fees for new players.

I'm sorry but 100m plus 3 of them is a good deal.
I really don't want him to go but it makes sense. He deserves trophies and with ENIC at the helm won't happen
Something like that gets Conte in as well.

mate just take the deal levy. i love kane and would love for him to stay but he needs to leave for his own good. just let him go ffs. also two city players plus cash is very decent.

The report claims that Spurs rejected the opening bid from City. They are not looking to sell Kane to any Premier League rival club and won’t entertain a part-exchange deal.

However, the offer could benefit Spurs in the long run. The players mentioned are top quality and would improve any side in the world.

It is unclear whether those players would actually want to move to Spurs, but the point remains valid.

Levy reportedly wants cash only and will not accept any less than £150m. Kane has a contract until 2024, giving Spurs the upper hand in negotiations.

The England striker has expressed his desire to leave the club, but moving away from north London looks difficult this summer.