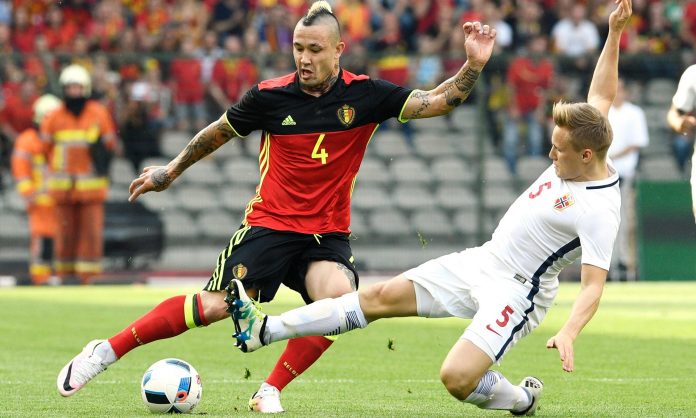 Tottenham have been linked with a move for the Belgian midfielder Radja Nainggolan.

According to Italian journalist Carlo Pellegatti (report translated by SportWitness), Inter Milan are looking to sell the midfielder to a Premier League club and Spurs are interested.

The likes of Chelsea and Manchester United have been named as potential destinations as well.

Tottenham recently sold Mousa Dembele to a Chinese club and therefore it is not surprising that they are looking to bring in a midfielder.

Nainggolan would be an excellent replacement for Dembele and it will be interesting to see if the Londoners can pull it off.

Spurs did not invest in new players during the summer window and therefore they should be able to back Pochettino in the market this time.

The Londoners are plagued with injuries right now and they need to bring in reinforcements in attack and midfield.

Spurs fans have taken to Twitter to react to the Nainggolan links and here are some of the tweets.

The fact they are keen on selling him 6 months after they took him from Roma should be a huge reason not to take him.

Would be a wonderful signing, a phenomenal talent in the midfield. Not sure he’d get a smoking and drinking lifestyle past Poch though.

Imagine if this were true. Imagine.