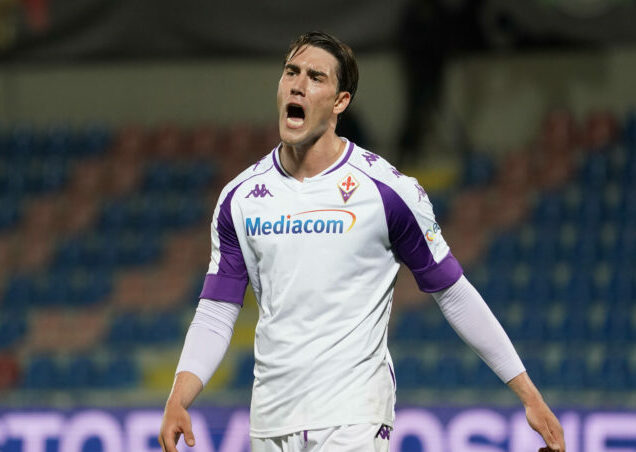 Tottenham Hotspur fans have taken to Twitter to express their reaction to reports linking the club with a move for Dusan Vlahovic.

After a long wait of two months, Tottenham finally appointed their next manager, with Nuno Espirito Santo penning a two-year deal.

This is a massive summer transfer window, and the north London club must get their signings right after a disappointing 2020-21 campaign.

According to football.london, Tottenham’s technical director Fabio Paratici has already earmarked Vlahovic as a potential signing.

The report claims that the north London club have opened talks over a move for the exciting striker who bagged 21 goals in 40 games for Fiorentina last season.

However, he won’t come cheap. Spurs will need to pay £36 million to sign Vlahovic and may need to sell several fringe players to fund the move.

Spurs do need to sign a striker this summer, irrespective of what the future holds for Harry Kane.

The north Londoners decided against signing Carlos Vinicius permanently from Benfica this summer, and they need at least one back-up striker.

Kane wants to leave Spurs this summer. Manchester City have already made a £100 million bid for the striker, but it was rejected.

However, a bid in the region of £150 million could tempt Spurs into listening to offers.

Many Spurs fans fear that signing Vlahovic is an indication that the club are trying to replace Kane.

Others feel the youngster is a terrific talent, and Spurs could sign a player better than Jadon Sancho, who is close to joining Manchester United from Borussia Dortmund.