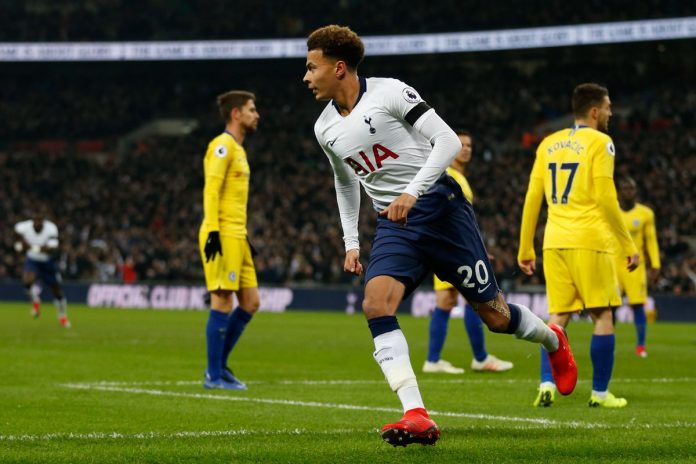 Tottenham midfielder Dele Alli has been ruled out until March with a hamstring injury.

The Londoners have confirmed that Alli picked up the knock during Sunday’s game against Fulham.

Earlier this month, Spurs lost Harry Kane to injury and Alli’s injury now will come as a major blow for Pochettino and his side.

Tottenham were outsiders in the title challenge so far but losing Kane and Alli could derail their season. It could also affect their cup aspirations severely.

They are in the semifinals of the Carabao Cup and Chelsea will fancy their chances in the second leg against a Spurs team without Son, Alli and Kane.

It will be interesting to see how Tottenham cope with this blow.

Daniel Levy failed to back the manager during the summer transfer window and he should look to make amends this month. Spurs are in desperate need of reinforcements.

Here is how the fans reacted to their latest injury blow on Twitter.

There goes our title (Again)
People who knows, Knows

First PL team to not sign a player in the summer transfer window since its introduction in 2003. Kane, Son, Dele, Lucas out. Sold Moussa. If no players are brought in then say goodbye Poch. Deserves better.

This is life’s way of saying SIGN SOME FUCKING PLAYERS!!!! The squad is thread bare

Bubble wrap Eriksen and have someone fly to Dubai to kidnap Son, please.

Bloody hell. I’m sure this club is cursed. ?

Well that’s that then. Europa League with Eddie Howe in charge next season. Shafted