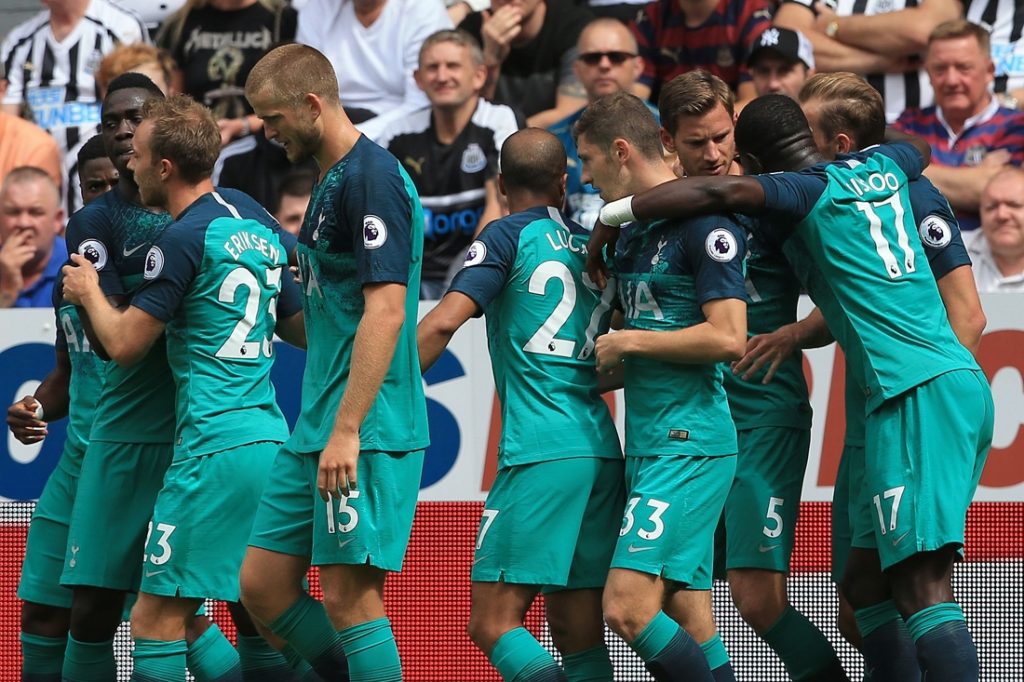 Tottenham secured a 2-1 win over Newcastle United earlier today thanks to goals from Jan Vertonghen and Dele Alli.

Both players scored first half headers to earn the all-important three points for their side.

The Londoners looked rusty throughout but that was expected in the first game of the season. Also, Pochettino started the game without key players like Trippier, Alderweireld, Rose, Dembele and Son.

The away fans will be delighted with their start to the season but they seem frustrated with Serge Aurier’s showing against the Magpies.

Although the former PSG man delivered a world-class cross for Dele Alli to head in, he seems bereft of ideas at times. Aurier was also quite wasteful and it will be interesting to see whether Pochettino persists with him once Tripper is fit.

Aurier was caught out of position a number of times by Kenedy and Spurs were lucky that the Brazilian failed to capitalize on his chances.

Here is how the Tottenham fans reacted to Aurier’s display from earlier today.

I would sell Aurier in the next couple of weeks, he is absolutely shit. So erratic & always miss places a pass.

Fouls in the opening 35 minutes:

Serge Aurier: 3
Every other player on the pitch combined: 2

Me: Aurier’s cross was the highest quality thing that happened in that half.
Also me: Aurier’s general performance is muck, what’s KWP got to do to get a game? He’d add much more natural ability to our attacking play – dribbling, taking ball on the half-turn, open stance, etc.

Does anyone know where Kieran Trippier is? Ask him if he fancies playing the rest of this second half. Serge Aurier is fucking dogshit.

Pochettino is one of the best managers in the game at improving players but I am thoroughly convinced that he has absolutely no chance of making Aurier a good footballer.