Tottenham eyeing up a move for Robert Skov 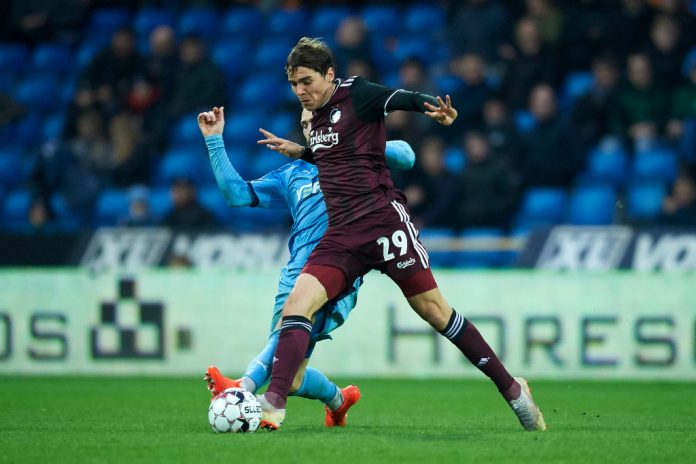 Tottenham are interested in signing the talented young winger Robert Skov at the end of this season.

According to Sky Sports, the Londoners have been watching the Denmark U21 international for weeks.

The report adds that Wolves and West Ham are monitoring the goalscoring winger as well.

The FC Copenhagen winger has been in fantastic form this season and he has managed to score 22 goals in all competitions for his club.

The 22-year-old has managed to make his mark in Europe as well. He impressed for Copenhagen in the Europa League.

It will be interesting to see whether Spurs make their move for the winger in summer.

There is no doubt that Tottenham need to add more goals to their side and a goalscoring wide player would be ideal.

Skov could take Erik Lamela’s place in the side and improve Spurs going forward. The Argentine’s time at Spurs has been plagued with injuries and the truth is that he cannot be relied upon anymore.

Sky Sports are reporting that Tottenham want a versatile forward who can play off Harry Kane as well as in the wide positions. Skov seems like an ideal option on paper.

Tottenham certainly have the resources to pull the deal off and it will be interesting to see if Levy is willing to back his manager now.

Here is how the Spurs fans reacted to the news.

Time to watch a highlight video on scoutnation

@liamgallagher22 actually may spend some money

Which means we won’t sign him, reckon levy’s lost his chequebook

Tbh he is class, but not proven in the bpl he needs to go to a small club and he Will progress from there

Just what we need!

He is mad good