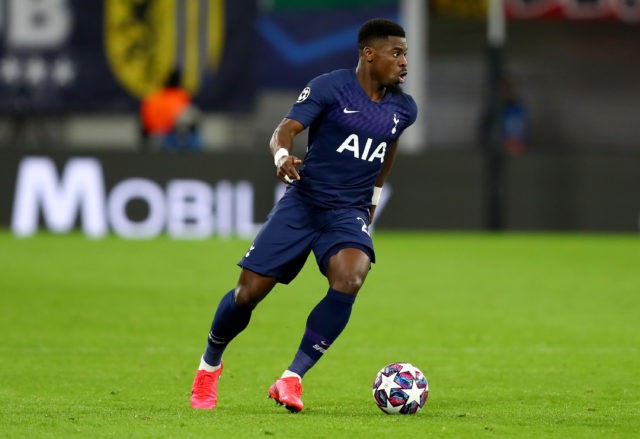 Tottenham Hotspur defender Serge Aurier has suggested that he wishes to play for French champions Paris Saint-Germain in the future.

The Ivory Coast international joined Tottenham in 2017 from PSG for a fee in the region of £23m. The full-back has suggested that he not only dreams of returning to his former club but also plans to end his career at the French club as well.

The 27-year-old, whose future came under intense speculation during last summer, has suggested that he has ‘unfinished business’ with PSG, and that it is the club of his heart.

“If I can see myself finish my career at PSG? That is even my plan! I would like to finish at PSG,” Aurier told Canal + Afrique, as reported by Get French Football News.

“It is before everything else the club of my heart. I have a feeling of unfinished business. It has been my club since I was a kid, I would go watch matches at the Parc des Princes.

“It was a dream for me to come to PSG and for me, that dream is not finished. If I was to finish my career at PSG, I would love that. I could have spent my entire career at PSG, that certainly wouldn’t have upset me.”

However, the stats are slightly misleading. Aurier has been very inconsistent this season, and some of his ghastly errors have hurt Spurs badly.

With Kyle Walker-Peters is not in Jose Mourinho’s immediate first-team plans, and Japhet Tanganga is playing in multiple positions, it remains to be seen what Spurs do with Aurier who has a contract at the club till 2022.

Aurier has made the right-back spot his own and unless the club sign a new right-back in the summer, his position at the club looks safe.