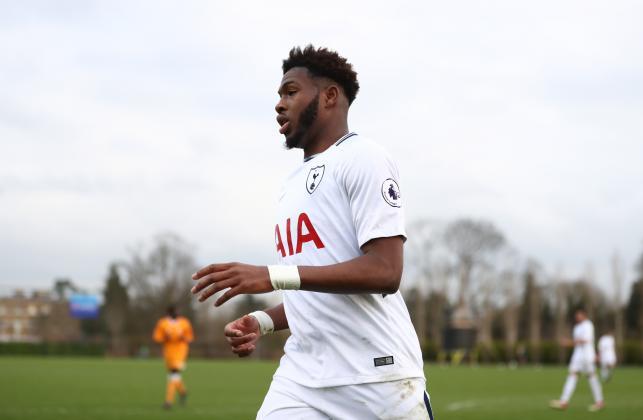 According to ESPN, Tottenham Hotspur could confirm the signing of striker Reo Griffiths this week, as the 17-year-old is set to hold talks over a first professional contract. He looks to have a bright future which is why the Londoners are so keen to tie him down, lest they risk losing him for a meagre compensation fee.

Griffiths is highly-rated by Spurs and has interest from clubs around Europe after scoring 34 goals in domestic competitions this season. The teenager joined Tottenham from Leyton Orient in 2016 and has risen from the u16s to the u18s to the reserve side in quick time as a result of his form.

Upon his initial arrival, he scored more than 30 goals at u16 level, before moving up to the u18s as a young teen. In 2016/17, Griffiths bagged 11 goals in 17 u18 Premier League games and won the IMG Cup in Florida. He’s also scored two goals in three games in the u19 Youth League and stepped up to the reserves on three occasions.

With academy graduates like Danny Rose Kyle Walker-Peters, Harry Winks and Harry Kane having risen from the youth ranks to the first-team in recent years, Griffiths can take hope that he’s form will be rewarded if he continues to impress for Spurs.

A professional deal for the striker called ‘the next Harry Kane’ could be confirmed later this week.